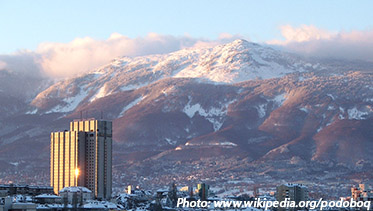 Toplofikacia Sofia EAD, the single-owned district heating company serving the capital of Bulgaria, intends to use the proceeds of the grant funds provided by the Kozloduy International Decommissioning Support Fund (KIDSF), administrated by the European Bank for Reconstruction and Development and its own financing for contracts within the Project for Upgrade and Modernization of Sofia District Heating Production and Distribution System.

The general procurement notice published by EBRD is an update of a document from December 3, 2014. The project Increase of Heat Transfer Energy Efficiency aims to annually replace about 21 kilometres of pipelines (about 63 kilometres in total for 2016, 2017 and 2018) with preinsulated district heating pipes.

The project will be implemented invoking two types of contracts, where the procurement of goods is through three separate contracts for pipelines for 2016, 2017 and 2018. The expected duration of each supply contract is nine months and the total estimated cost is EUR 5.1 million. The procurement of works refers to the installation of the supplied preinsulated pipes, including dismantling of existing pipes and restoration works. The contracts will be carried out in 2016, 2017 and 2018. The duration of each contract is expected to be 9 months and the total estimated cost of each contract is EUR 6.5 million.

The new cogeneration facility will operate all year to cover the base heat load of HOBs Ovcha Kupel 1 and Ovcha Kupel 2.

The construction of cogeneration plant for heat only boilers (HOBs) Ovcha Kupel is envisaged. The project includes installation of new cogeneration modules with three gas engines with electric and thermal capacity of about 10 MW. The new cogeneration facility will operate all year to cover the base heat load of HOBs Ovcha Kupel 1 and Ovcha Kupel 2. Duration is expected to be 24 months and the total estimated cost is EUR 9 million.

The reconstruction and modernization of energy boiler units EK220 t/h No. 7 and No. 8 at Thermal Power Plant (TPP) Sofia comprises boiler heating surfaces, replacement of old burners with new low emission burners, upgrade of boilers control systems and installation works of boiler flue gas utilization equipment. The duration is expected to be 31 months and the total estimated cost is EUR 11.7 million.

The turbine unit TG3 at TPP Sofia East is to be modernized. In order to meet the requirements of Energy Efficiency Directive 2012/27/EC regarding high efficiency of cogeneration for district heating purposes, the existing condensing type turbine is intended to be replaced with a new backpressure steam turbine with capacity of 30 MW to 35 MW of electricity and 89 MW of heating energy. The duration of the contract is expected to be 30 months and the total estimated cost is EUR 9.1 million.

Procurement will be open to tenderers from the member states of the European Union, Switzerland and the bank’s countries of operation.