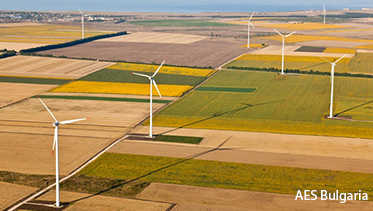 The Saint Nikola wind farm near Kavarna, in northeastern Bulgaria, has produced more than 1.54 million MWh of electricity in its five years of operations, US-based AES, which operates the plant, said, SeeNews reported.

Through its operation, the wind park has saved more than 1.2 million tonnes of carbon emissions, AES said in a press release over the weekend.

The Saint Nikola wind park, which is a joint project of AES and Bulgarian-German company Geo Power, has 52 wind turbines and a total installation capacity of 156 MW. The total investment in the park is EUR 270 million, of which EUR 198 million came from a bank loan provided by the European Bank for Reconstruction and Development (EBRD), the International Finance Corporation (IFC) and UniCredit Bank.

Saint Nikola covers an area of 60 sq km in the Kavarna area, on the Bulgarian northeastern Black Sea coast.