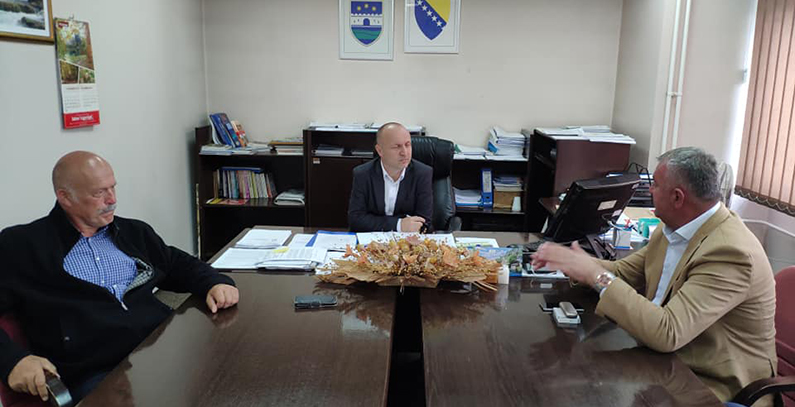 Bosanski Petrovac-based RSV Energy plans to invest around BAM 70 million (about EUR 35.8 million) in a 47 MW solar power plant that will cover 80 hectares near the town in Bosnia and Herzegovina.

The Minister of Economy in the Government of the Una-Sana Canton, Nijaz Kadirić, has announced on his Facebook page that he had met with Zlatko Hujić and owners of the solar photovoltaic (PV) power plant in Krnjeuša -representatives of RSV Energy. According to Kadirić, they presented a plan for the construction of new and larger solar power plants.

The largest solar power plant in the Una-Sana Canton was put into operation in Krnjeuša in mid-June. Its installed capacity is 150 kW and the investment was worth BAM 720,000 (about EUR 368,100), while the expected annual production is 219 MWh.

Kadirić said that the ministry is preparing documentation for the construction of a 47 MW solar PV that would span 80 hectares, in the area of the Bosanski Petrovac municipality, based on the expressed interest of investors.

The expected investment is estimated at BAM 70 million, Kadirić said, adding that he anticipates the completion of tendering documentation and the signing of the contract to be accomplished by the end of the year.

According to Nezavisne Novine, Kadirić said that the USK’s goal is to attract investments that would not pollute the environment in order to keep the canton environmentally friendly, as it is now.

Half a year ago, the implementation of a BAM 120 million (about EUR 61.3 million) project to construct the first wind farm in the USK, near Bihać, started, he said.

In February, the USK government and Croatia’s Ivicom Consulting signed a contract to regulate the parties’ relations concerning a concession agreement to build and operate wind turbines, each with a capacity of up to 5 MW, on the territory of Bihać.