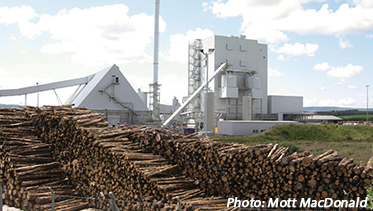 A wholly-owned green energy subsidiary of Public Power Corporation, the main power utility, has been granted a permit to develop a 25 MW biomass power plant in the Kozani area, northern Greece, by the Regulatory Authority for Energy (RAE), Energy Press reported.

PPC Renewables’ facility is planned to run on fuel provided by agricultural crops in the area such as humble artichoke thistle, or wild artichoke, miscanthus, and fiber sorghum, as well as other sources, including corn, grain, and pruning residues. Preparations have taken several years, the report said. A permit request was submitted in 2012 and had also included a plan to develop a 75 MW capacity thermal facility, not included in the license that was now granted.

Experiments on wild artichoke cultivation, an excellent source of energy, have been conducted in the Kozani area since 2009, according to the article on Energypress.eu. The biomass, to be purchased by PPC Renewables, a listed firm, from producers at predetermined prices, will be mixed with lignite to improve production efficiency, reduce environmental pollution and boost local agriculture.