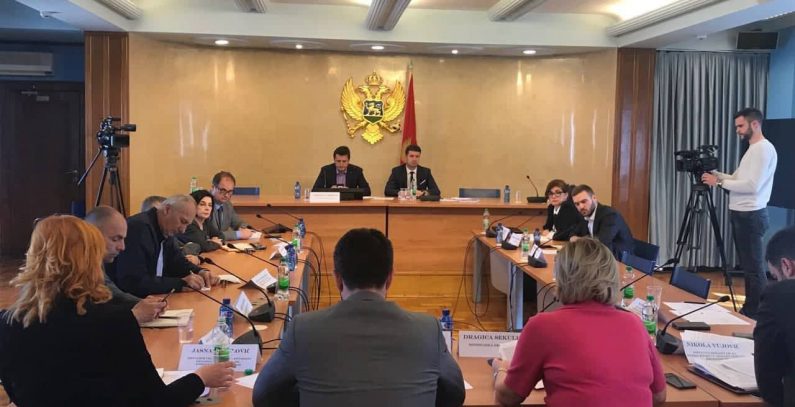 Supporting the coming together of parliamentarians from Montenegro, representatives of the Ministry of Economy of Montenegro, the School of Political Studies, the Union of Municipalities and of two NGOs at the Parliamentary Hearing in Podgorica on 25 March, the GIZ Open Regional Fund for South-East Europe – Energy Efficiency (ORF-EE), in partnership with the School of Political Studies, continues to support public dialogue on energy efficiency and climate in South-East Europe, fostering transparency in policy making and strengthening the political will for sector reforms.

The consultative parliamentary hearing, titled “The Situation in the Field of Energy Efficiency and Planned Activities in the Light of the Proposed Amendments to the Law on Efficient Use of Energy “, organized by the Committee on Budget, Economy and Finances – Parliament of Montenegro, focused on the discussion on amendments to the existing Law on Efficient Use of Energy in Montenegro from 2014, in light of the official voting on adoption of proposed changes to the law.

Minister Dragica Sekulić of the Ministry of Economy elaborated on the proposed changes to the law, stating that the amendments foresee the inclusion of additional EU directives referring to energy efficiency, while at the same time providing better solutions for the implementation of those already covered by the law. She added that the amendments to the existing law have been made with the goal to overcome encountered deficiencies and shortcomings in its implementation.

“The focus of the new legal provisions will be on energy efficiency in public buildings, capacity strengthening of energy managers, including improvement of the functionality of a single central information system on energy savings in the public sector, as a result of the support and collaboration with the GIZ ORF-EE,” Sekulić said.

All proposed amendments are in line with the EU Directive on Energy Efficiency and, among others, recommend the introduction of the obligatory use of the Monitoring and Verification Platform (MVP), the online based instrument developed by the GIZ ORF-EE in cooperation with partners.

“The very fact that the consultative parliamentary hearing on energy efficiency and climate has been organized for the fourth time with GIZ ORF-EE’s support in Montenegro gives me the privilege to say that the hearings have become a standard instrument of the Committee. Furthermore, I am pleased to see that the hearings continue to take place in the new parliamentary setting, this time around for the first time also with the participation of the Minister of Economy,” Jasna Sekulović, ORF-EE Project Manager stated. She added that all of the mentioned serves as evidence that parliamentary hearings have been recognized for the opportunity that they provide in fostering dialogue of all relevant stakeholders to work on developing best legislative solutions.

Major part of the amendments to the law, it was concluded at the Hearing by the Ministry of Economy, relates to the provisions regulating the obligations of public sector entities, both at state and local level, and the identification of more efficient solutions for reducing administrative tasks and improving the general implementation in practice.

Tags: Dragica Sekulić, GIZ ORF-EE, Jasna Sekulović, Law on Efficient Use of Energy, parliamentarians
READ NEXT: ORF-EE signs MoU with Energy Community and GIZ CDCP III project on support to EnC Contracting Parties for development of National Energy and Climate Plans
Home » GIZ ORF-EE » Parliamentary Hearing on Amendments to the Law on Efficient Use of Energy held in Podgorica