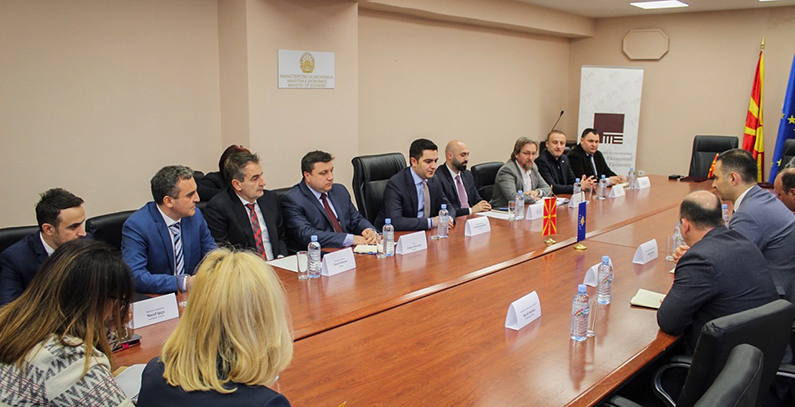 The Ministry of Economy of North Macedonia and the Ministry of Economic Development of Kosovo* have signed a memorandum of understanding on cooperation in the energy sector, which includes the development of relations in the areas of electricity, coal, natural gas, renewable energy sources, energy efficiency, the security of energy supply, and the preparation of infrastructure projects for electricity and gas interconnections.

North Macedonia’s Economy Minister Kreshnik Bekteshi said that the first project to be implemented is the upgrade of the 220 kV transmission line between North Macedonia and Kosovo.

This will be another connection with the EU, as Kosovo* will connect via Albania to Italy, he said.

Bekteshi also announced that an invitation of bids to build solar power plants backed by feed-in premiums will be issued very soon.

Economic Development Minister of Kosovo* Valdrin Lluka said that the exchange of information regarding renewables’ development could be very useful having in mind the obligation to reach goals agreed with the Energy Community Secretariat.

The joint preparation of the projects will enable the sides to apply together for funds with international financial institutions, Lluka said.

They also discussed the use of planned hydropower plants (HPPs) Čebren and Galište in Macedonia for regional balancing.

HPPs Čebren and Galište, along with HPP Tikveš, were planned on the Crna river as a group of HPPs more than 30 years ago, but only the latter was built.

HPP Čebren should be a reversible HPP with an installed capacity of 330 MW, while the 193 MW HPP Galište is planned as a peak power plant.

In December last year, the Steering Committee of the Western Balkans Investment Framework (WBIF) has decided to grant a EUR 1 million for the feasibility study and the environmental and social impact assessment (ESIA) study for HPP Čebren.

According to Government of North Macedonia’s press release, the feasibility study will provide insight into the previously drafted technical documentation, define a technical solution that is financially and economically viable, and assess the feasibility of the investment.