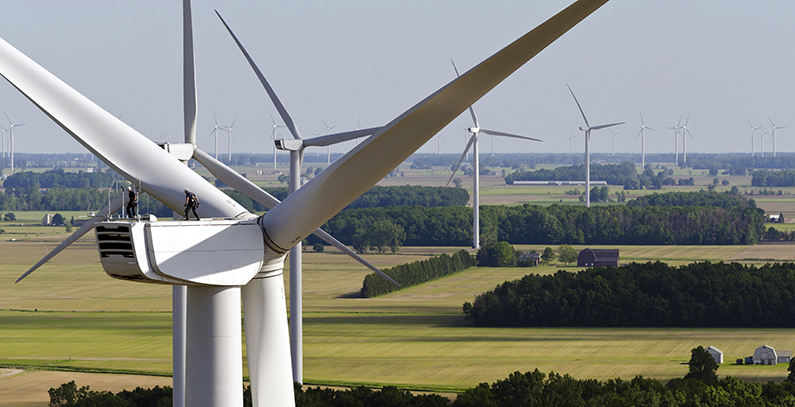 Nordex, a wind turbine manufacturer, has recently received several orders for turbines for wind farms in Turkey, expanding also its costumer base in the country.

Pakmem Elektrik ordered 16 N131/3600 turbines for the Cerit wind farm, to be delivered as of spring 2018. The Turkish company has signed a Premium Service Agreement for maintenance covering a period of fifteen years, Nordex said in a statement.

The company added that it will also supply Sur Enerji, a subsidiary of Sur Group, with four N117/3600 turbines for the Kurtini project as of October 2017. This Turkish firm has also signed a Premium Service Agreement for a period of ten years.

Previously, Erdem Holding A.S. has placed another order to Nordex to deliver turbines and install a wind farm. The manufacturer is to supply ten N131/3900 turbines for the Eber wind farm. A Premium Service for at least 15 years period has been also signed.

The 57.6 MW Cerit wind farm is the first wind farm in Turkey to use the N131/3600 turbines. It is located in the province of Caglayancerit, 36 kilometres to the north of Kahramanmaras in the south-east of Anatolia.

Nordex will install the turbines on 84 meters tubular steel towers on two adjoining ridges with altitudes of 1,510 and 1,865 meters, respectively.

The average annual wind speed at the site is 6.6 m/s. After completion in autumn 2018, the wind farm will produce around 161,000 MWh of electricity annualy.

The Kurtini wind farm is located in Southern Anatolia near the city of Mersin, situated near the Mediterranean coast. The turbines will be installed at altitudes of between 1,150 and 1,250 meters on 91 meter tubular steel towers.

With an average annual wind speed of 7.6 m/s the annual yield after completion in spring 2018 has been estimated at 45,000 MWh.

This equals emission savings of around 26,500 tons of CO2 and will provide electricity for some 15,000 Turkish households, Nordex said.

The Eber wind farm is located 250 kilometers to the south-west of Ankara, in western Anatolia. The average annual wind speed is 7.8 m/s. Nordex will supply turbines on 84 meter tubular steel towers. Installation is scheduled for spring 2018. As of the end of 2018 the 39 MW wind farm is to produce 136,000 MWh of electricity.

This is the fourth wind farm that Erdem Holding has placed order for to Nordex and the first one for Nordex to produce and supply N131/3900 turbines.