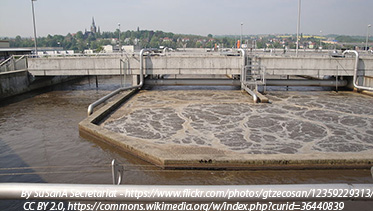 Local media said the City of Niš was granted EUR 56 million, more than half of the funds provided to Serbia by the European Commission. The local authority will use it to construct a wastewater treatment system. An international tender is expected for the purification facility in the third-largest city, located in the country’s south.

The project includes the reconstruction of a part of the sewage system, until now the responsibility of the Ministry of Agriculture and Environmental Protection. Outgoing mayor Zoran Perišić said he was the one who managed to secure the grant. He added he believes the procedure for the selection of contractors lasts 90 days and that the tender will be published in domestic and foreign media. The ministry responsible for environmental protection in the new government will need to cooperate with the city’s working group on the launch of the public call, Perišić stated.

The mayor added the procedure for the regional waste management centre Keleš isn’t halted but that it’s not proceeding as planned because investors wouldn’t accept the terms that were set. “I couldn’t impose the conditions upon the citizens of Niš, above all the financial conditions which I consider unrealistic, as for one, two, five or 25 years until the end of the concession or the duration of the contract for the public–private partnership they could significantly burden them financially,” Perišić said. He added the negotiations with interested companies are ongoing.