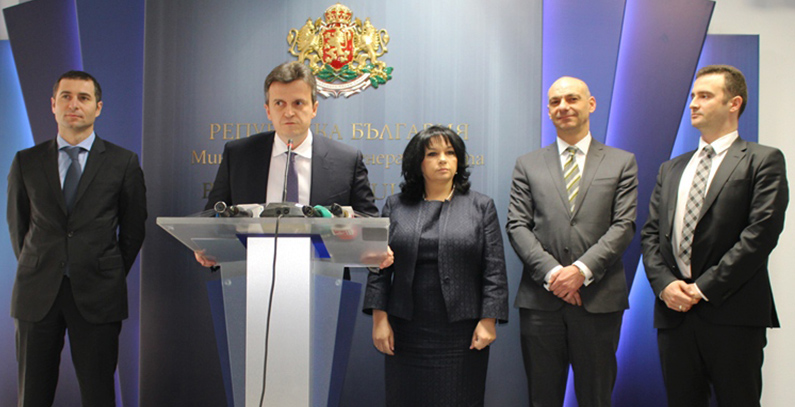 Further liberalization of the electricity market and diversification of sources and routes of energy resources will be the main priorities of new Bulgarian minister of energy Nikolay Pavlov.

Pavlov, who took over the position from Temenuzhka Petkova, said that the main purpose of his work will be to maintain the stability of the country and proper functioning of the sector, the Ministry of Energy reported.

Pavlov outlined in his first statement to the media that the preservation and improvement of the financial stability of state-owned energy companies will also be one of his priorities.

Minister Pavlov received the World Bank Report on the electricity market liberalization from ex-minister Temenuzhka Petkova and committed that he will hold a public consultation on its content.

Pavlov also stressed the importance of  active dialogue with consumers to the benefit of all.

Temenuzhka Petkova said the continuity in the sector is “a guarantee for a secure and calm operation of the energy system” and expressed satisfaction with the fact that a person from the Ministry will take over the position.

Bulgarian President Rumen Radev appointed Pavlov minister of energy.  Since the beginning of 2016, Pavlov held the position of CEO in the state-owned company Bulgargaz.

Pavlov was also the financial director and a member of the Managing Board of the state-owned company Natsionalna Elektricheska Kompania (NEK), as well as a member of the Board of Directors of Contour Global Maritsa Iztok 3 and of the Supervisory Board of HEC Gorna Arda.

The Bulgarian Government resigned in November 2016, when the Parliament accepted the resignation of the Prime Minister Boyko Borisov. He stepped down after a landslide victory of Rumen Radev in the presidential election. Temenuzhka Petkova was the minister of energy in the second government formed by Borisov since November 2014.