The NEWLIGHT project, implemented by the Regional Energy Agency of the North-West Croatia (REGEA) and two Croatian counties, has managed to secure HRK 162 million (EUR 22 million) in investment in public lighting in 32 municipalities in Croatia. In addition to HRK 16.5 million (EUR 2.2 million) worth of electricity savings, the project has also created tools that facilitate data collection, energy audits, and Energy Performance Contracting (EPC).

Presentations have been scheduled to take place in Cazin and Bihać in northern Bosnia and Herzegovina (BiH), Belgrade, Serbia, and in Skopje, for cities and municipalities in Macedonia, for the project to be showcased as a model for other projects not only in Croatia but also in the wider South-East Europe area.

The main objective – modernization of public lighting in 57 municipalities

A total of 57 municipalities joined the NEWLIGHT project by signing agreements with the Krapina-Zagorje and Zagreb counties in 2015 on the implementation of a project to redevelop and modernize public lighting.

Based on these agreements, REGEA and the two counties successfully registered the NEWLIGHT project under the EIB’s ELENA program in October 2015 and secured a HRK 6 million (EUR 710,000) grant for the preparation phase of the NEWLIGHT project. At the same time, they also assumed the obligation to secure at least EUR 15.8 million in investment over the next 36 months.

The project’s main objective is the modernization of public lighting systems in 57 municipalities. Energy efficiency measures under this project are focused on replacing lamps with more energy-efficient technologies and the installation of the advanced public lighting controlling and management system, with the potential to achieve energy and cost savings of 60%.

Auxiliary operations such as the reconstruction of lighting poles and replacement of power cables are also included.

As a precondition for carrying out investment activities, REGEA prepared and conducted public procurement for the implementation of detailed energy audits of public lighting for local authorities. 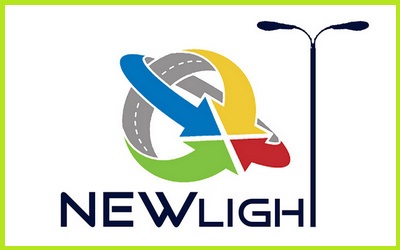 Over the past three years, within the framework of preparatory activities, REGEA coordinated and in cooperation with subcontractors carried out the following activities:

The project was successfully completed in October 2018, and to date, HRK 162 million (EUR 22 million) in investment has been initiated in the two counties.

Out of the 32 municipalities, 16 used EPC to finance modernization, 10 funded modernization under the traditional contract for the purchase of goods, 5 used lease agreements, and 1 used the design and build model.

Out of HRK 162 million (EUR 22 million) in investment, HRK 128 million was under EPC, HRK 18.2 million lease contracts, HRK 14.5 million traditional contract for the purchase of goods, and HRK 1.88 million the design and build model.

All investments under the NEWLIGHT project were implemented without any kind of grants or subsidies which is quite unique for energy efficiency projects in Croatia. EPC contracts developed within the NEWLIGHT project are recognized in the country and all across South-East Europe as the most transparent, robust and complete documentation of its kind so far.

Modernization has been carried out or is under way on 54,830 lamps, which represents about 76% of the total number of lamps in the area of municipalities involved in the project.

Total energy savings are estimated at 22 GWh and reduction in installed capacity at 5.113 kW.

The annual reduction of costs through electricity savings alone is estimated at more than HRK 16.5 million (EUR 2.2 million), and there are significant savings in maintenance that are not monetized.

Project to grow into national scheme

For the purpose of the NEWLIGHT project, REGEA developed specialized software (a GIS based application) which made inventory data manipulation much easier and more effective.

The GIS based application is now widely used by energy auditors for data collection in other street-lighting reconstruction projects. The NEWLIGHT project has a mayor impact on the development of the EPC market in Croatia and South-East Europe.

The NEWLIGHT project has also set a new standard for documentation – for energy audits and EPC contracting, now widely used around Croatia.

Arising from this good practice, the NEWLIGHT project is now evolving into a national scheme which will be funded by innovative financing instruments – a combination of the European Fund for Strategic Investments (EFSI) and ESIF.

In the second half of 2018, EPC contracts developed under NEWLIGHT project were already widely used by other Croatian cities in their new projects.