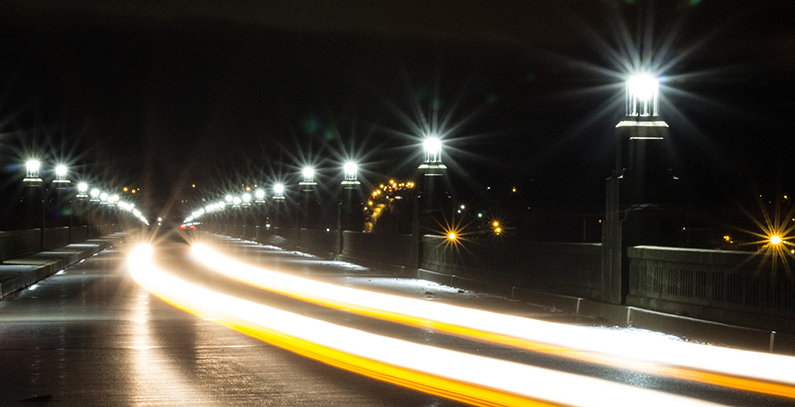 The local authorities in the Bosnia-Herzegovina town of Zenica have installed new LED lights on the promenade on the right bank of the Bosna river as part of a project to renew public lighting in the town. The aim of the project is to raise the level of energy efficiency in public lighting and cut down consumption of electricity.

The contract to replace old lights in that part of the town was awarded to the KOPKOMERC d.o.o. company from Živinica. The final agreed value of the contract which was signed on September 16, 2017 was KM 26,000 (EUR 13,000).

Zenica town authorities secured 60 percent of the funds for the investment with the rest of the money coming from the Bosnia-Herzegovina Federal Ministry of the Environment and Tourism.

Besides improving the quality of the lighting on the river-side promenade, the LED lights also help cut down on maintenance expenses. The town will benefit from significant savings of electricity with the new lighting since the old lights used 6.62 kW of power and the new LED lights use just 1.6 kW.

Local media reported that the Zenica town authorities set improving the quality of life of local residents and protection of the environment in accordance with the Covenant of Mayors Climate and Energy initiative.

The Zenica town government has launched projects to renew public lighting across that municipality on several occasions to date.

The municipal council approved in 2007 a project on the reconstruction and modernization of public lighting in the town at a cost of KM 10 million (EUR 5 million).

The town administration signed a contract in April 2013 with the ELKO-MARIĆ  d.o.o. Mostar company on the reconstruction and modernization of public lighting in 23 central streets and 63 suburb communities. That company was charged with replacing 3,700 lights and 265 lighting poles. The estimate at that time was that the installation of the new metal-halogen i sodium lights would bring savings of some 20 percent in electricity consumption. The value of that investment was KM 1.75 million (EUR 825.000) with a repayment time of five years.

A tender for public lighting maintenance was annulled in 2015 and the city administration decided following direct negotiations to engage the public company managing and maintaining sports facilities for the job because it had the necessary staff but had to buy some equipment.