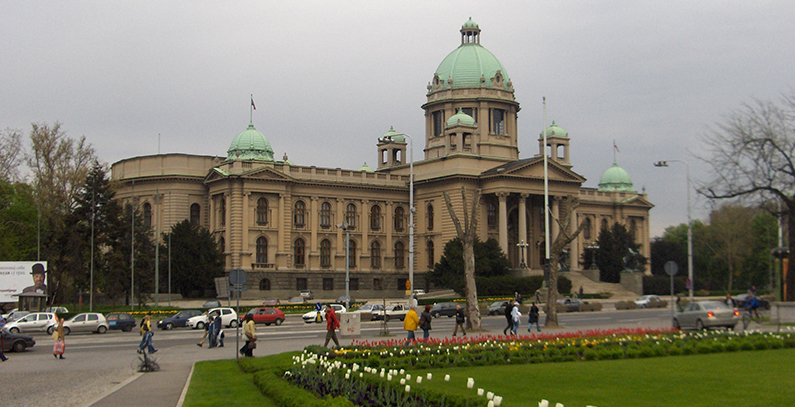 Members of parliaments have an important role in the energy transition and development of renewable energy as they can shape laws, and the Energy Community is committed to engage them more and help them to make informed decisions. In this transition process the support and expertise of the International Renewable Energy Agency (IRENA) can be very useful, a regional parliamentary conference on renewable energy for the South East Europe was told in Belgrade on June 7.

We assist in all stages of the legislation process to ensure compliance with the acquis, Barbora Poyner, communication officer at the Energy Community Secretariat said, adding that the Secretariat also provides assistance to adjust support schemes for RES to new state aid policy.

The Energy Community helps empower parliaments through the activities of the Parliamentary plenum, expert assistance and annual visits of the EC Secretariat Director Janez Kopač to parliaments where he presents implementation reports, Poyner said.

Parliament of Serbia Deputy Speaker Vladimir Marinković said that parliaments in the region lack research units, adding that dialogue with the business community and investors is important as well.

Slovenia is preparing for adoption of a new energy concept, Slovenian MP Igor Zorčič said, adding that probably the best way for MPs to collect information is to do it themselves.

IRENA is also ready to engage more in the region and help the SEE countries to make a faster transition to renewable energy sources given the fact that they are facing a new challenge – development of strategies for period after 2020, IRENA Deputy Director-General Sakari Oksanen said.

He said that IRENA launched consultations in the region last year to determine challenges and areas in which it can provide support. The consultations resulted in the adoption of conclusions at the IRENA annual conference in Abu Dhabi in January 2017, in which the commitment to faster transition to RES in the SEE was expressed.

Uneven progress in the region

Commenting on claims that the region will have to rely on coal and other fossil fuels, Cretu said that the Energy Community supports development of renewable energy, estimating that the energy mix will not change overnight.

Energy efficiency should play an important part in this process as well as taking ownership over the development of renewables, she said adding that the world is going through an energy revolution which will bring many positive effects, including less dependence on fossil fuel imports.

Although the region is committed to use RES more, the progress towards individual countries’ goals for 2020 is uneven. Albania has achieved progress, Bosnia and Herzegovina and Montenegro overachieved and Moldova is progressing. Other countries are not progressing very well, including Serbia. Serbia reported in 2015 only 21 percent of RES in its gross final consumption, the same level as in 2009. Serbia has committed to reach the goal of 27 percent of RES in final consumption in 2020.

The state of the national economy, low electricity prices, administrative procedures and low credit rating of the country are identified as obstacles for development of RES in Serbia, as well as the fact that the international financial institutions and investors don’t have too much confidence in the Serbian legal system and legal protection.

Miloš Banjac, Assistant Minister of Mining and Energy, said that it is of strategic importance that every country use more RES and that Serbia has taken steps to improve conditions for that. However, Serbia still relies on coal and he said that the Serbian government will try to negotiate with the EU to keep coal as a partial energy source like Poland did.

Banjac said that Serbia doesn’t plan to change laws on RES and that it will consider the possibility of introducing tenders for solar and wind power only after 2018.

Serbia hasn’t developed much solar and wind energy capacities. Banjac said that the reason for this, in the case of wind capacities, is not an issue of quotas or costs, but investment safety. He said that the solar energy progam should be discussed and expanded.

A more active role of citizens in the development of RES was also discussed at the conference.