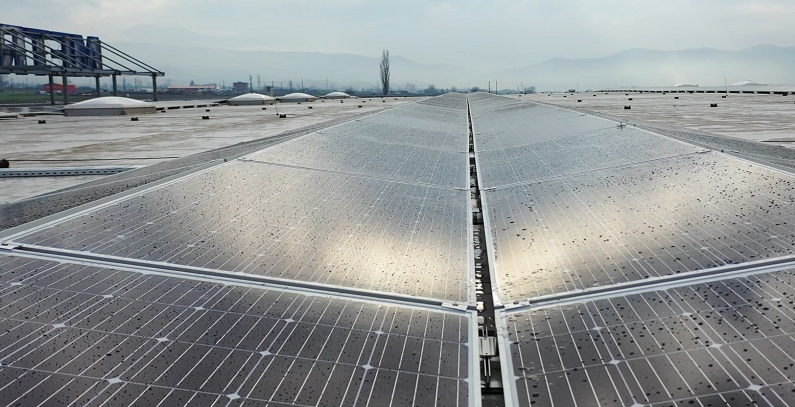 Three retail units in total out of 11 will have photovoltaic arrays on top of them, Metro Cash and Carry Bulgaria Eood announced at the opening of its first roof power generation system. The project was launched with the installation of over 1,360 panels or 423 kW in Blagoevgrad, in the country’s southwest.

Chief executive Atila Yenisen revealed the solar power plant saves 403 tons in harmful emissions per year and 12,100 over its life cycle. Next up are the shops in Pleven and Veliko Tarnovo, he added. The initial project, which took a year to be completed, will meet “a significant percentage” of demand at the site, the company said.

The head of the Bulgarian subsidiary of Metro AG stressed its sense of responsibility to follow a sustainable development policy including the increase of the use of energy from renewable sources in its operations. In the statement, the local supermarket chain run by the Düsseldorf-based group stressed solar power replaces expensive electricity at daily consumption peaks.

Metro Bulgaria said the system digitally integrated and that it allows real-time monitoring and control. New solutions in construction enabled the roof to have a minimal weight load, its representatives asserted. Solarpro Holding AD designed, delivered and built the photovoltaic installation.

The firm expressed its commitment to energy efficiency and carbon reduction and highlighted its efforts to replace harmful freon with carbon dioxide as a refrigerant. The endeavor cost BGN 6.5 million (EUR 3.32 million) for two stores in Bulgaria. The German corporation captures residual heat from refrigeration systems to heat water and the premises.

The Blagoevgrad store has two electric vehicle charging stations, built in cooperation with Eldrive. Currently, 18 charging points have been installed on the territory of the strange one, and the installation of charging stations and METRO outlets in Romania is about to begin.

Solarpro has been operating in the sector for 12 years. It has more than 300 employees. It said it installed more than 700 MW in capacity in 150 solar power plants.