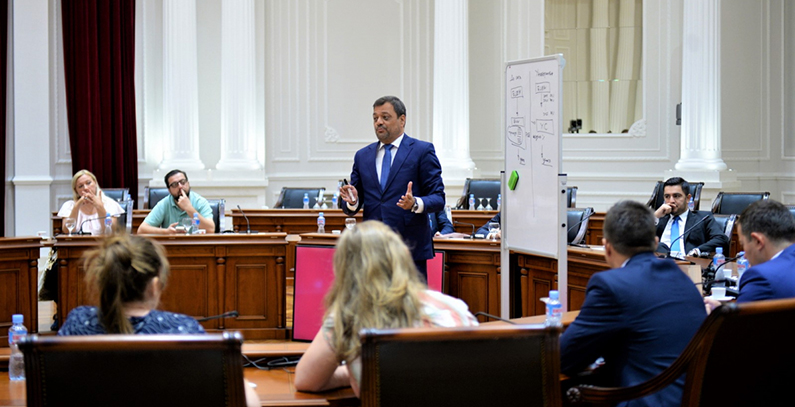 Macedonia has launched a procedure to select the country’s universal electricity supplier, which will also provide last resort supply, in line with a new energy law, in what the government says will ensure stable supply and prices until 2025.

The government said earlier it will select the universal supplier and supplier of last resort as part of the electricity market liberalization, as Macedonia’s state energy company ELEM will no longer be required to provide universal and last resort services to households and small-scale consumers from January 1, 2019.

All 28 companies in Macedonia with a license to supply electricity have the right to apply to become the universal electricity supplier for a period of five years, and they may also bid jointly with a foreign company, according to a press release on the government’s website. Further criteria include having at least EUR 20 million in working capital.

The application deadline is December 3, and the universal supplier is expected to be selected by the end of 2018 and start operations in March 2019, according to the press release.

The qualified bidder which offers to supply electricity at the lowest margin will be selected as the universal supplier, according to Deputy Prime Minister Koco Angjusev, who was speaking at a news conference.

ELEM will have an obligation to offer 80% of its electricity output to the future universal supplier in 2019, with the percentage to go down each year until it is phased out to 30% in 2025, Angjusev explained.

Following the passage of the new energy law in Macedonia in May, the Secretariat of the Energy Community formally closed two procedures against Macedonia, which had been opened due to the country’s failure to liberalize the electricity market and apply the EU’s Third Energy Package, according to earlier reports. The bill was drafted in close cooperation with the Secretariat.

Thanks to the new law, small-scale consumers, such as micro, small, and medium businesses, will be able to buy electricity on the free market and thus reduce their fixed costs.