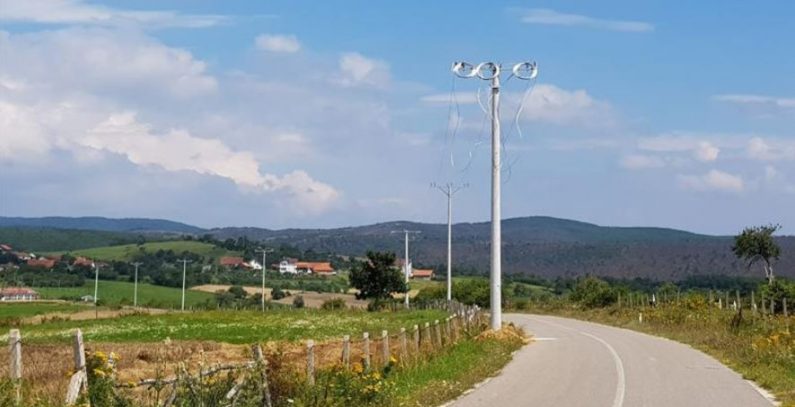 Distribution system operator KEDS has been building new 20 kV overhead lines and upgrading existing 10 kV lines to 20 kV, with the aim of reducing network losses and improving the security of electricity supply in Kosovo*, according to a press release on KEDS’ website.

KEDS said overhead lines (OHLs) of 20 kV are being deployed in Kosovo* for the first time ever, noting that the process is transforming the network for the benefit of Kosovo*’s residents.

Several of the planned 20 kV power lines have already been completed or nearing completion, according to the press release.

A 20 kV overhead line running several kilometers between Skenderaj and Rudnik will supply electricity to a considerable part of the village of Drenica, KEDS said.

As part of an overhaul of the entire high-voltage network from Skenderaj to Rudnik, KEDS has put up over 600 poles, built one new substation, reconstructed 12 substations, and repaired 19 substations, reads the press release.

Besides Rudnik’s overhead line, KEDS has also completed the construction of a 20 kV Drenica overhead line, while the line in Lipjan is about to be completed. Similar works will be launched in other areas as well, KEDS said.

The first interventions were made in the most problematic lines, whose problems were mainly due to external factors, especially atmospheric ones, as their inherited condition was severe. At the same time, the voltage was not at the best level, the company explained.

After the completion of works on these locations, thousands of customers will benefit directly, according to the press release.

KEDS is a joint stock company owned by Turkey’s Calik Holding and Limak, and it operates throughout Kosovo*, according to its website.

KEDS was established in 2009, and it launched operations in May 2013, when it was finally spun off from Kosovo Energy Corporation (KEK), according to the company’s website.