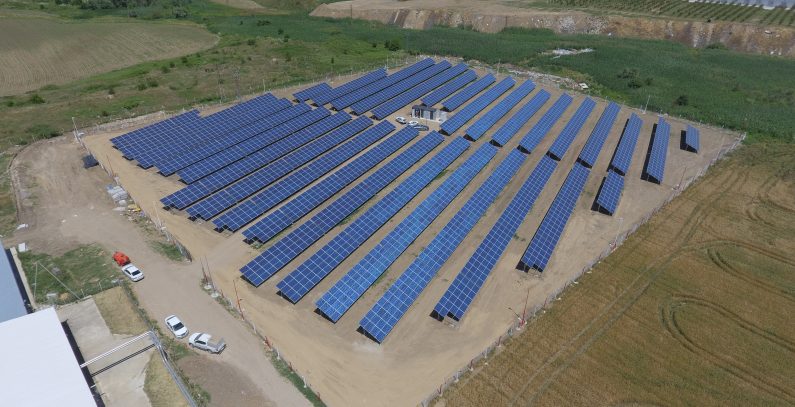 The Turkish subsidiary of German photovoltaic (PV) systems and energy storage company IBC Solar AG has commissioned a turnkey solar energy project with a total capacity of 1.161 MWp in Merkez near the Bulgarian border for Turkish textile company Edirne Giyim Sanayi, according to a press release from IBC Solar.

The ground-mounted PV plant with 4,224 polycrystalline modules was built for the textile company’s own electricity consumption and can cover 70% of its energy demand. With the completion and handover of the PV plant in mid-August 2018, IBC Solar Turkey has completed another large-scale PV project for the commercial direct-consumption of solar energy.

Investment in PV power plants with a self-consumption model is becoming increasingly attractive among Turkish companies amid rising electricity prices, according to the press release.

The plant commissioned for Edirne Giyim Sanayi is expected to produce 1.6 million kWh per year and prevent 916 tonnes of CO2 emissions.

Meanwhile, the Turkish lira’s freefall has led to investor concern, including on the solar market. The Turkish currency has lost around 40% against the US dollar so far this year over factors including US sanctions against Turkey and Iran, on which Ankara relies heavily for energy imports.

How Turkish PV developers will react remains unclear, although signs of lower levels of development have been visible this year, pv magazine wrote recently.

The first signal the market was experiencing difficulties came from state-owned grid operator, TEIAS, which for reported only 18 MW of new, registered and unlicensed PV capacity in July, compared newly registered unlicensed projects totaling more than 1.1 GW in the first quarter of 2018 and 2.5 GW in 2017, including 1.7 GW grid connected, pv magazine wrote.

According to Halil Demirdag, CEO of Turkish developer and PV panel manufacturer Smart Solar and president of Turkish Solar Energy Industry Association GENSED, the crisis may turn into an opportunity for Turkish solar, as it is now being called upon to help the country reduce its dependence on power imports, pv magazine wrote. “Turkey produces about 300 billion kWh of electricity every year, and only 7 billion kWh is [from] solar,” he said.

Demirdag believes the falling lira may also mean lower balance of system costs for solar parks. He also said that Turkey’s new minister of energy has announced that “net metering is coming” and that “every year the ministry will open new permits of 1,000 MW minimum, for next five years.”