Households in UK are earning money by consuming green electricity 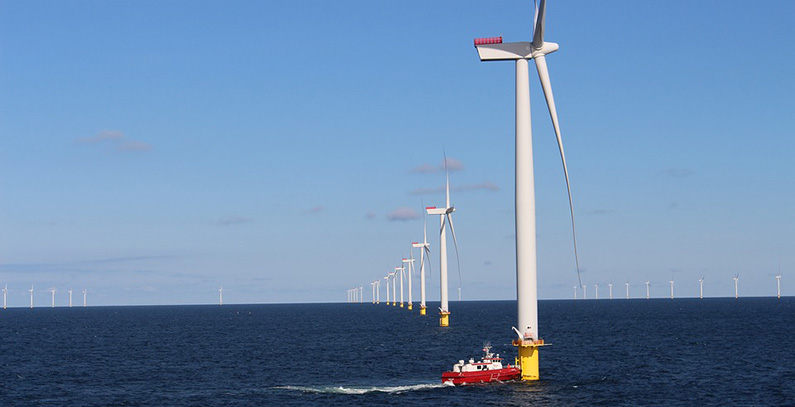 The rise in the share of renewables in the system requires more flexibility to keep the grid in balance. This spring the energy system in the UK was occasionally challenged by the fall in consumption due to COVID-19 and increased production in solar and wind power plants. In order to help overcome the issue, supply company Octopus Energy encouraged its household customers to spend electricity. It didn’t charge them, but it paid the households for every kilowatt-hour consumed. Though it sounds hard to believe, yet, that is the truth.

The possibility popped up for the first time in December last year for overnight consumption, and on April 5 it applied for the first time during the day. The trend continued and the radical change in the customer relationship was held for a few days in a row in late April.

Such opportunities are the consequence of renewables intermittency, which sometimes makes the supply of green energy exceed demand. But supply and demand in the system must be constant, so balancing is a major challenge.

The situation is widely used as an argument against renewables – green power plants are difficult to balance.

Octopus Energy wanted to show how to balance renewables and introduced the possibility to get paid to consume power. So its retail customers that signed up for a flexible tariff called Agile got paid around 4.5 euro cents (four pence) to use electricity in certain periods of the day during the events.

The company says its “plunge pricing” is the world first and a part of the flexible tariff that allows consumers to get access to half-hourly tariffs. It sends the price list to household customers early in the evening for the next day.

Last Sunday the company went further in testing the market and offered the flexible tariff as an experiment to households with fixed rates.

“This weekend, low demand for energy combined with lots of renewable energy means renewable sources might have to shut down. We’re running a special invitation-only trial to see if home customers can help,” Octopus Energy said in a message to customers carried by inews.

Solar and wind power plants produce electricity when the Sun is shining and wind is blowing. On the other hand, consumption has other patterns. The supply of green energy can exceed demand.

The balance can be achieved by shutting renewable energy units or fossil fuel power plants or by increasing consumption.

Due to the coronavirus pandemic, things have changed. According to Octopus Energy, average demand in April in the UK fell 17% from the same time last year.

Coupled with sunny and windy weather across most of the country, there’s been a far higher share of renewables feeding the grid than ever before, which requires flexibility to keep the grid in constant equilibrium, the company says.

For example, renewables overtook fossil fuels in the first quarter as the main source of electricity in Britain for the first time. In April, wind farms produced 30% to 45%, solar power plants had a share of 20% to 25% and gas power plants held a 15% to 20% stake.

The National Grid has been responding to the balancing challenge by relying on traditional, polluting sources (gas, coal, and oil), which are flexible, or at the expense of renewables.

By offering to pay customers to consume more electricity at times when green power output is expected to be too strong, Agile is buying demand, meaning fewer renewable power plants would sit idle and more energy would come from carbon-neutral sources, Octopus Energy says.

Suppliers get paid to take energy off the grid

It is worth noting that whenever more electricity is generated than consumed across the UK, energy prices fall – sometimes to the point where they become negative and suppliers are paid to take energy off the grid.

According to the Energy Voice, under wind and solar producers’ contracts, the National Grid has to pay the producers if it wants them to shut down at times when it has to balance supply and demand and ensure there are no blackouts.

If too much renewable energy is produced, it becomes cheaper for the National Grid to pay customers to use it than to pay for wind turbines to stop spinning, the portal said.

Also, it is important to say that flexible tariffs can be introduced only if consumers have smart meters installed.

Dr Jeff Hardy, a sustainable energy consultant at Imperial College London and an Octopus Energy customer, opted to take part in Octopus Energy’s trial, but not for the money.

He said he was motivated to help show how a low-carbon grid could work in practice, with customers called on at times of peak supply to use more electricity and to use less when renewable generation is scarce.

The UK has passed laws to achieve a zero-carbon target by 2050. To replace natural gas and petroleum, the Government is being advised to build no more nuclear power plants (npps) after Hinkley Point C and use biomass, wind and solar to supply electricity and brown hydrogen at first, gradually moving over to green hydrogen.

To do it with those renewables would cost £5,108 billion, compared to using advanced nuclear power plants, which would cost £1,000 billion.

Use renewable energy as the main producer. And energy from fossil fuels as stand by. The best decision. Because sustainable development and environmental protection guarantee the future of humanity.

I have an idea to transfer water particles to heights. And first of all to produce greenhouse products. And for the final step, use it to generate electricity. I would be happy to discuss this with you.
Sincerely
Ali Akbar Vajdan