Full liberalization at least a year away 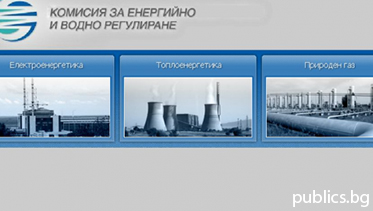 Bulgarian households and small businesses will have the right to choose their electricity supplier freely as of July 2016 at the earliest, Ivan Ivanov, chairperson of the Energy and Water Regulatory Commission (EWRC), said earlier this month.

„We will keep households on the regulated market next year as well, so that we can protect them from electricity prices fluctuations,” Ivanov said, as quoted by Darik radio. However, he pointed out that the market liberalization in neighbouring Romania actually led to a drop in electricity prices of with much as 40 percent. He pointed out that households and small businesses are currently paying BGN 125 (EUR 60.25) per MWh, according to the regulated tariff, while the medium and large businesses, which have access to the liberalized market, pay an average of BGN 90 per MWh.

What is more, the regulator mulls a reintroduction of the so called „obligations to society“ fee in the price of export-bound electricity. Prior experience with this practice has brought Bulgarian power exports close to a complete halt. Nevertheless, Ivanov considers that the regulatory commission will find a way to charge the fee to exported electricity without making it uncompetitive to electricity from other countries.

Home » News » Electricity » Full liberalization at least a year away