EUR 19 million for environmental projects in Bosnia and Herzegovina

Photo: Council of Ministers of Bosnia and Herzegovina 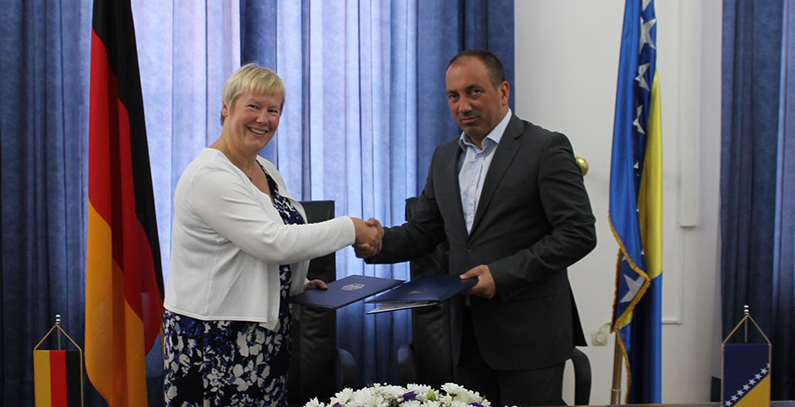 Germany will provide EUR 19 million for environmental projects in the field of energy and water treatment in Bosnia and Herzegovina. The agreement which enables this support was signed on August 3 in Sarajevo.

EUR 5.5 million will be allocated for a project of additional measures for environmental protection in the energy sector, and EUR 13 million for construction of wastewater drainage and treatment system in Zenica, in central Bosnia and Herzegovina.

Additional EUR 1 million will be allocated for the implementation and monitoring of projects.

In Zenica, local authorities plan to build with international help a plant for mechanical and biological wastewater treatment with a capacity of 80,000 population equivalent, and to refurbish existing collectors and to built new collectors. The project should be completed in 2021.

Last year, media reported that the total budget of this project amounts to EUR 19.5 million and that the funds would be provided by the German government through KfW  Bank, as well by the Swiss government through the State Secretariat for Economic Affairs (SECO). The project will be also partially funded by local budget and the Public utility company VIK.