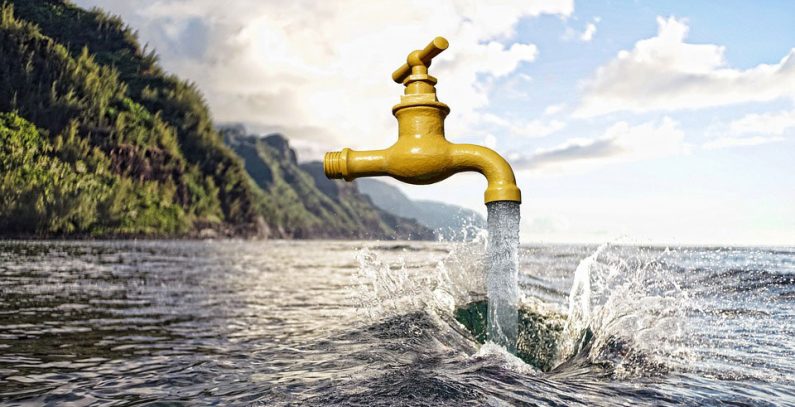 The European delegation to Albania has announced two new programs for 2018 in the country: wide water and sewerage, and water management and wastewater management. Both programs are expected to start soon.

To the new sector wide water and sewerage investment program, the EU plans to contribute EUR 24 million grant under IPA 2018 national program for Albania. According to the EU delegation press release, another EU grant of EUR 4 million will support capacity building in both integrated water management and wastewater management.

The plan is to work together with the Austrian and German partners again. They have just finished the joint project in Lezha, providing 24-hour clean water supply to its citizens.

For this project, the German government provided EUR 3 million through the development bank KfW, the Swiss government EUR 10 million and the European Union EUR 250,000.

In last ten years, the EU grant support to the water supply and sewerage sector in Albania has exceeded EUR 110 million, of which about 80% for waste-water collection and treatment in the Albanian coastal regions, according to the press release.

The law on integrated water management in Albania came into force in December 2013, but its implementation has been at a very early stage. According to the 2016 progress report issued by the European Commission (EC), alignment with the European Union (EU) directives on urban wastewater treatment, drinking water and groundwater was insufficient and regulations to strengthen implementation were lacking.

The EC stated that the strategic framework was partly in place, including the 2011-2017 national strategy on water supply and wastewater treatment plants currently being updated.

The report also showed that the number of operational wastewater treatment plants increased from five to seven. However, they served only 13% of the population thus their capacity needed to be substantially increased, notably in coastal, urban and touristic areas.

According to the Water Regulatory Authority of Albania, only 2% of the rural population is covered with wastewater disposal service.