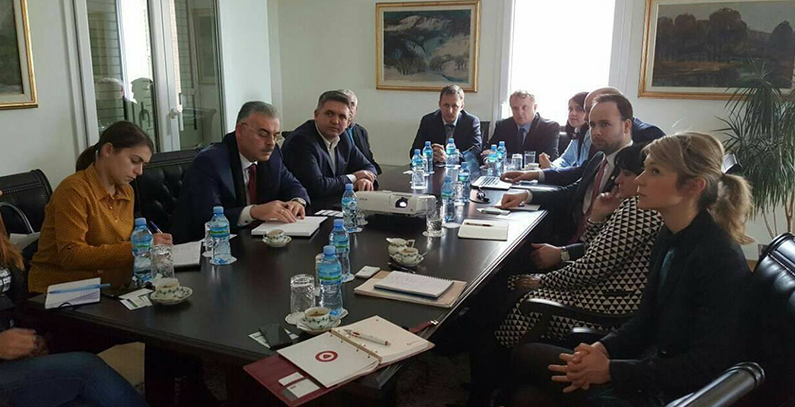 The Hungarian company Kristaly is interested in improving water and wastewater management and treatment in the municipality of Kukes, Albania. Wastewater treatment and sewerage service in this country continue to lag behind the sector development objectives, according to the latest reports.

Having been informed about the current situation in the field, the representatives of the company Kristaly showed great interest to launch such a project in Kukes. They pointed out that they are ready to prepare a feasibility study and to conduct a survey which would help to identify the main issues which need improvement.

The mayor of Kukes said that he will support the project by disclosing and making available all the needed data as well as by co-financing the project. Antal Heizer, the ambassador of Hungary to Albania, said that the Embassy will also support the launch of this project in the municipality of Kukes.

The company Kristaly has 26 years of experience in the field of water and wastewater management and treatment. Their clients are mainly state and local institutions.

Although the law on integrated water management in Albania came into force in December 2013, its implementation is at a very early stage. According to the 2016 progress report issued by the European Commission (EC), alignment with the European Union (EU) directives on urban waste water treatment, drinking water and groundwater is insufficient and regulations to strengthen implementation are lacking. The EC states that the strategic framework is partly in place, including the 2011-2017 national strategy on water supply and wastewater treatment plants currently being updated.

The report also shows that the number of operational wastewater treatment plants increased from five to seven. However, they serve only 13% of the population and their capacity needs to be substantially increased, notably in coastal, urban and touristic areas.

According to the Water Regulatory Authority of Albania, only 2% of the rural population is covered with wastewater disposal service.