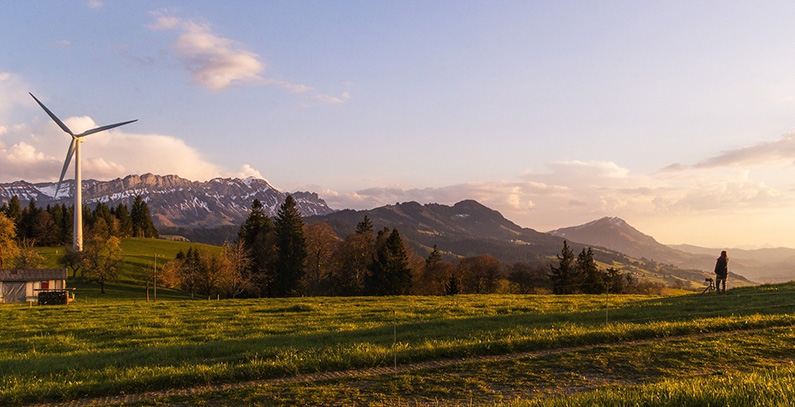 There are several wind farms planned for the plateau of Vlašić and Galica. Meanwhile, the company is about to begin building the Podveležje facility and the Trusina concession process is being restarted in the Republic of Srpska.

Six contracts have been signed for a wind energy system on Vlašić mountain in Bosnia and Herzegovina. The Central Bosnia Canton granted the concessions for the 48 MW facility to state-owned power utility JP Elektroprivreda Bosne i Hercegovine dd. It got the right to build, equip, use and maintain the wind power plant.

The site near Travnik is in the Federation of BiH, the slightly larger of the country’s two entities. The other one is the Republic of Srpska.

The press statement offered no update on financial or other details. Excerpts from the project documentation released earlier indicated there would be up to 18 turbines of a maximum 50 MW in total. The investment costs were projected at EUR 70 million, with annual output at 115 GW over 25 years.

Hundreds of megawatts in potential in Vlašić area

The local authorities said the cantonal Ministry of Economy is responsible for the implementation and support. There are several wind power projects for the plateau of Vlašić and Galica.

The cantonal government withdrew last year the concessions given to firms Lahor and Eberkon for up to 50 MW each. They apparently failed to show progress. Their deals were signed in 2011 and 2013. Another lot is for 200 MW.

Travnik-based TLG and Tomix from the Kneževo municipality, just across the entity border, vowed in 2018 to construct two wind power units in Vlašić and Galica, a project worth up to EUR 140 million.

The spatial plan shows TLG has a concession for as much as 100 MW. The two firms have included China Machinery Engineering Corp. – CMEC in talks with the decision makers in Travnik and hinted that turbine manufacturer Goldwind from China may join.

EPBiH has said it would soon begin works on the 48 MW Podveležje wind power plant in the country’s south, close to Mostar. The facility should have 15 towers. The 110/30 kV transformer has been installed and connected to the grid and the telecommunications have been set up.

The company acknowledged it is still waiting for a construction permit for the 30-year concession. Germany’s KfW provided a EUR 65 million loan and the utility is investing EUR 3 million in the system, projected to generate 130 GWh per year.

Two Siemens Gamesa’s subsidiaries are the contractors for the wind park, scheduled to be commissioned in a year.

In other news, Srpska has commenced the procedure for a concession for the Trusina wind power plant. The process was initiated by SDL Energy Co. doo from Istočno Sarajevo (East Sarajevo).

The government has earlier pulled the concession from Eol prvi. The project was supposed to generate 160 GWh per year from 17 turbines.