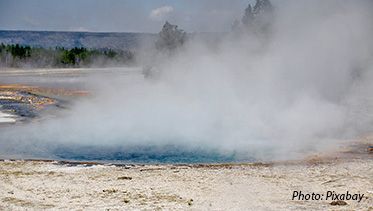 The Municipality of Bogatić, located in western Serbia, requested approval from the national Ministry of Agriculture and Environmental Protection for an environmental impact assessment study for the project of thermal water well BB-1.

The well is part of a complex of thermal springs discovered in early 1980s, which wasn’t utilized properly until a few years ago the first section of an aqua park was opened and the facility continued to develop. BB-1 is going to be tapped for a project of district heating of local public buildings and homes. Estimated capacity is 37 MW from a flow of 20 litres per second. Results of initial research had shown the area has potential geothermal capacity of at least 150 MW. The source is water from a depth of 475 metres with inlet temperature of 76 degrees Celsius.

The pilot project should be implemented in 13 public facilities. Funds of EUR 2.6 million were secured from European Union’s Instrument for Pre-Accession Assistance.