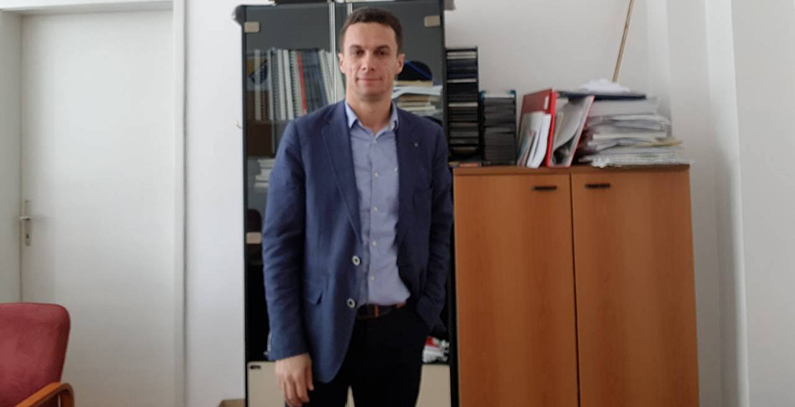 Big decisions are in the pipeline for the energy sector of Bosnia and Herzegovina. Considering the importance of energy in BiH, these decisions will define the development of the entire economy, while their adoption must be seen in the context of the EU integration process.

Globally, the European Union (EU) is leading the implementation of a clean energy policy, significantly changing energy patterns, regulatory mechanisms and investment needs. In the context of the EU integration process, the decarbonization policy has no alternative, it is only a question of the timeframe within which to make an energy shift from fossil to renewable energy and which mechanisms to use.

EU countries have had different levels of success in implementing decarbonization policies, reducing dependence on fossil fuels by increasing the share of renewable energy sources (RES) and energy efficiency. In some countries, such as the Czech Republic and France, due to inadequate incentive mechanisms, citizens turned against renewable energy, while incentives are mainly used by medium-sized and large private companies, which have access to decision makers and invest funds from other business activities in renewable energy, as well as state companies. On the other hand, money for incentives is collected from the end consumers or citizens. In these countries, citizens see the decarbonization policy as an additional expenditure for electricity.

On the other hand, countries such as Germany and Denmark, through incentives for RES, are launching regional and local development, export opportunities, social cohesion and employment opportunities, primarily in small and medium-sized enterprises and independent energy producers. In this way, they receive support from local communities for even more ambitious targets for RES in total consumption, despite lobbying, mostly from state-owned monopoly companies, for setting less ambitious targets.

It is crucial, that in these countries, decarbonization issues are not only seen as a threat to economic development but also as a development opportunity and ultimately a better living standard for citizens. In this way, the so-called NIMBY effect (Not in My Back Yard, which is a situation in which the population supports building renewable energy plants, but is against it in its neighborhood). This effect is best seen on the example of small hydropower plants in BiH, where almost as a rule the local population opposes the construction of small hydropower plants.

Projects are not developed only for financial benefits

A lesson learned from the decarbonization policy of the EU countries is that for successful decarbonization, innovative energy business models are needed with the gradual reduction of traditional models. Providing advantage to local ownership has proven successful in resolving the NIMBY effect. In this regard, in some EU countries, investors in renewable energy are obliged to offer a certain percentage of ownership to the local community (at least 20% in Denmark).

The energy cooperative turned out to be a good model of the local community organization in the EU, in the context of civic energy and energy turn. They develop renewable energy projects, which are in full or partial ownership of the community from the area where the project is being built. The community is joining in the investment, which will use local renewable energy potential, such as forest biomass, manure, wind, roofs of buildings for the construction of solar systems, etc. Members of the cooperatives join and share human, financial and material resources for investments in renewable energy projects in their communities.

Projects are not only developed for financial benefits, but also in order to solve the social and environmental problems of the community through the creation of new jobs, improving air quality (replacing heating by coal with locally collected biomass), building local infrastructure, stability of a sport club, etc.

The Regional Education and Information Center for Sustainable Development in South-East Europe (REIC) with the support of the German foundation Heinrich Böll in BiH has been implementing the project for the promotion and development of energy cooperatives for the third year running – Energy Cooperatives in BiH (Energetske zadruge u BiH – ENZA). The main goal of the project is to promote the concept of energy cooperatives in selected areas and to assist in their establishment.

The specific objectives of the project are: (i) promoting the use of renewable energy at the local level in local ownership, (ii) presenting good practices in the EU and the neighborhood, (iii) establishing examples for similar projects in other regions of BiH.

In the first year of implementation, seminars on the concepts and potentials of energy cooperatives in BiH were held for stakeholders (agricultural cooperatives, local development agencies, OCDs …).

The feasibility study of the establishment of an energy cooperative in Nemila identified wood chips as an opportunity to involve the local population in the activities of collecting and selling wood residues. In this way, various benefits will be achieved, from increasing the living standard through employment to the prevention of forest fires.

As the main activity of the energy cooperative in Prijedor, the production and use of energy from biogas is proposed by association of local farmers. An analysis of the profitability of establishing a cooperative was carried out, which would manage the construction and operation of the biogas plant. In the study, the location of the farms was mapped, based on which the optimum position for the plant was selected regarding the total number of animals of future members of the cooperative.

Positive response of the local population

Studies for both cooperatives include the assessment of technical potentials for selected renewable energy sources, the analysis of financial and economic feasibility, and the analysis of various stakeholders’ readiness to get involved in the cooperative. Studies on the assessment of technical and economic potentials for the establishment of an energy cooperative have been conceived in such a way that future members of cooperatives in selected regions get basic information as an important tool for deciding on their establishment.

Studies have shown that the financial sustainability of a cooperative depends primarily on the concept. The conclusion is that the biogas cooperative cannot be sustainable if it concentrates solely on electricity generation income, but it must be a concept that will include utilization of products such as digestate and heat, while the sustainability of the wood chips cooperative depends on the wood chips market which will evaluate the quality of biomass that the cooperative produces. The response of the local population is positive, which is best reflected in its presence in seminars and working meetings.