ELEM to expand its Bogdanci wind farm for additional 13.8 MW 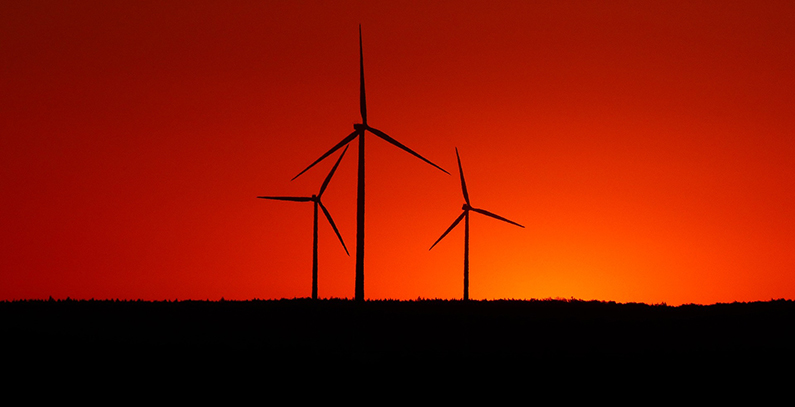 It took only 16 wind turbines to cover about 2 percent of Macedonia’s production of electricity, so plans are underway for further expansion of wind power projects.

Standing tall on the hills just east of the major border crossing between Macedonia and Greece, greeting the travelers on the E-75, are the only 16 wind turbines that Macedonia has installed so far. But they have performed so well, that the national power producer ELEM announced to install six more in order to complete the project of the Bogdanci wind farm.

National statictics from the last 12 months shows that the country’s only wind farm has contributed with 1.9 percent to the overall electricity production. These numbers suggest that it’s an insignificant part of the energy market, however, the project is widely supported by energy experts for two reasons. First, because it’s Macedonia’s first breakthrough in renewable energy other than hydro power, and second, because relative to the small number of turbines and the investment cost, the project made a tangible impact.

Moreover, since the country still depends on coal power for about 80 percent of its electricity production, and since that process causes serious environmental and health hazards in at least two towns, there are constant appeals for investment in cleaner energy.

The wind farm entered production stage in July 2015 following a couple of years of construction and installation of equipment. In the first stage, EUR 55.5 million were invested in raising 16 turbines, each with installed capacity of 2.3 MW, or a total of 36.8 MW. German KfW bank provided EUR 47.9 million for the farm, and ELEM contributed with EUR 7.6 million.

A second stage should follow to complete the project by adding 6 more turbines with a total capacity of 13.8 MW. ELEM is ready to invest EUR 6 million in this stage, while the rest of the budget up to EUR 24 million should be provided by loan.

According to ELEM director Hristijan Mickovski, the wind farm is the most successful project of the company so far, which is why they decided to initiate the second stage.

“The Bogdanci wind farm has outperformed expectations by 25 percent. The results of its work are outstanding and have significant contribution to the company’s financial performance. Which gives us hope to carry on with the second stage and to implement similar projects in other areas around. The company is fully prepared to initiate the second stage once a loan is provided”, Mickovski says.

More precisely, during the experimental stage in 2014 the turbines were expected to produce 33 GWh but they provided 41.5 GWh. Next year, when regular production began, the expectations were set to 95.5 GWh but the performance was 120.7 GWh of electricity. Last year the 16 turbines produced 109.4 GWh instead of the expected 103.8 GWh.

The company estimates that once completed, the Bogdanci wind farm would produce about 100 GWh of electricity a year in optimal conditions, which would cover the household needs of 60,000 people. It is expected to operate 30% of the time. The average wind speed in Bogdanci is 7.1 m/s.

Not the end of wind power projects

As for further investment in wind power, there are several other projects considered, predominantly by the river Vardar and in the region of Ovce Pole. Aleksandar Paunoski, ELEM’s investment and development director announced that instruments were already installed to measure the wind power near the villages of Miravci and Davidovo, about 20 kilometers north of the Bogdanci wind farm, where there could be potential for installing another 100 MW farm.

The open plains of Ovce Pole in the central-eastern part of the country has long been regarded the best location for wind farms. Projects are already made for installing 10 turbines of 3.3 MW capacity on the hilltop area of Bogoslovec, on the border between the municipalities of Sveti Nikole and Shtip, and are subject to environmental assessment.

Ovce Pole is considered one of the most important areas for birds in Macedonia, and environmentalists have been raising their voices against the installation of wind farms there. As Danka Uzunova explains, a bird expert from the Macedonian ecological society, the idea for wind farms doesn’t need to be abandoned, but solutions must be found to minimize the effect on birds.