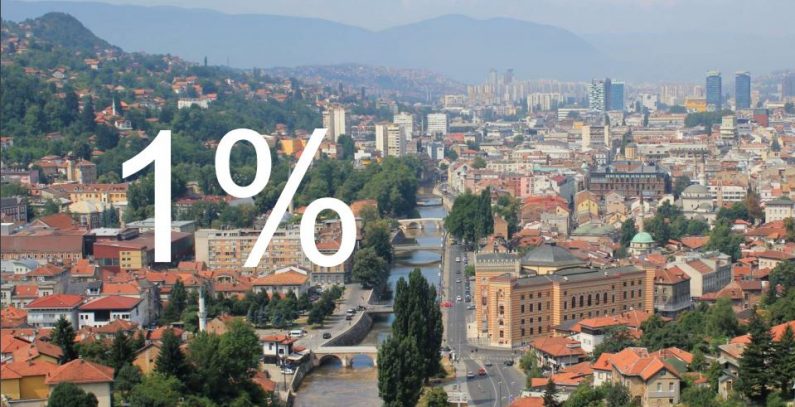 The Energy Efficiency Obligation (EEO) Scheme Model for Bosnia and Herzegovina (BiH), developed by the USAID Energy Investment Activity (EIA) Project together with relevant ministries and other government institutions, is designed to significantly improve the way efficient energy production is financed. A survey has shown that the majority of respondents support the idea of financing energy efficiency through a special tax, according to the USAID EIA Project.

The EEO scheme, discussed at a conference held in Sarajevo last week, will “open up thousands of new jobs and business opportunities for companies of all sizes within the energy sector. It is our hope that the legislation needed to implement the EEO scheme is passed so that BiH can begin moving toward a better energy use model in the near future,” said Peter Duffy, USAID Mission Director, according to a press release on the project’s website.

The environmental benefits of energy efficiency include reduced emissions of sulfur oxide (SOx), nitrogen oxide (NOx), and particulate matter PM2.5 and PM10; lower CO2 emissions; and reduced use of water and coal. Energy efficiency can also help avoid new dams and means fewer power lines, according to a presentation on the USAID EIA Project’s website.

Currently, Bosnia and Herzegovina is one of the most energy inefficient countries in South-East Europe (SEE). Since neither state budgets nor bank loans can independently bear the great need for financing the energy efficiency measures, the obligation schemes as a mechanism are the only option that can run the whole system as subsidies, according to the press release.

According to a survey conducted within the project, the majority of respondents in both entities support the idea that energy efficiency should be financed from funds collected through a special tax that would flow into a separate fund, but their views are divided when it comes to the dedicated spending of these funds in the future.

Assistant Minister in the Ministry of Foreign Trade and Economic Relations Admir Softic noted that Bosnia and Herzegovina included the Energy Efficiency Obligation Schemes in the Framework Energy Strategy and that the House of Representatives of the BiH Parliamentary Assembly issued a set of recommendations for the energy sector reform.

In the four-year process of creating this energy efficiency financing model, the USAID EIA Project, together with the relevant ministries and other government institutions, estimated that the investment potential of energy efficiency in BiH amounts to close to BAM 5 billion (around EUR 2.55 billion).

The analysis found that by investing BAM 100 million (around EUR 51 million) annually in the energy efficiency measures, Bosnia and Herzegovina’s GDP would increase by nearly 1% per year, resulting in the creation of approximately 4,900 new jobs per year.

Also, by applying this model and investing BAM 100 million, the energy saved would equal the consumption of 17,000 average households, as well as reducing CO2 emissions equal to the annual emissions produced by 19,000 vehicles, according to the press release.

In addition to the proposed EEO model, the Policy Guidelines for Energy Efficiency Obligation Schemes, prepared by the Energy Community Secretariat and the European Bank for Reconstruction and Development (EBRD), as well as the examples of the US Obligation Schemes Program, were also presented at the conference.

Representatives of the competent ministries, regulatory commissions and funds for environmental protection and energy efficiency participated in the development of the EEO Scheme Model for BiH.