As part of the GIZ Open Regional Fund for South-East Europe – Energy Efficiency (ORF-EE), the cycling club TREK Team Sarajevo organized a cycling tour in the capital city of Bosnia and Herzegovina (BiH) on September 22. The event was held in light of the European Mobility Week and was supported by the Sarajevo City Administration.

The event brought together around 200 cycling aficionados and was made all the more special by the fact that at least one-third of participants were children, who even led the cycling tour on the streets of the BiH capital.

“European Mobility Week is an initiative encouraging cities to introduce and promote sustainable means of transport and invite people to try out alternative mobility options. This year’s theme is multimodality – combining different means of urban transport, both for passengers and freight. With the support of the ORF-EE, the activity ran in parallel in Sarajevo, Banja Luka, Skopje, and Podgorica. It is important to send the message out that in all cities cyclists should get their rightful place in city traffic,” said ORF-EE Project Manager Dubravka Bošnjak. 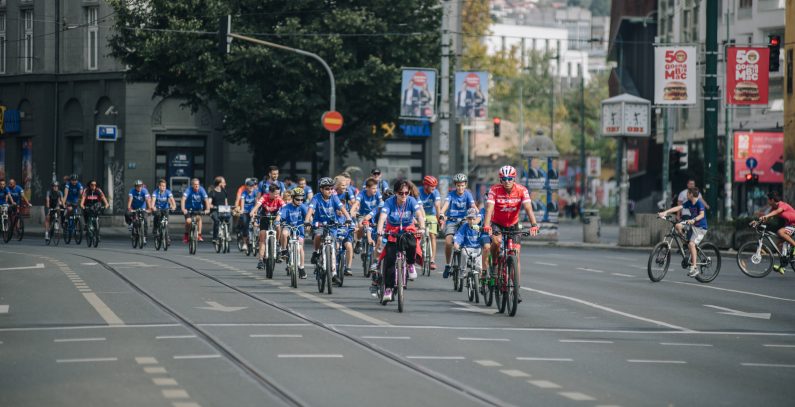 The organizers say they were motivated to show that Sarajevo, like other cities in the region, is following positive European trends.

“And so we joined all major cities in the region. The German development organization GIZ through ORF-EE is seeking to help us and help raise the awareness of sustainable development in our country, inspiring people to consider using bicycles as a means of transport, which is beneficial not only for their health, but also for the environment. This is only the beginning,” said Senad Bečković of TREK Team. 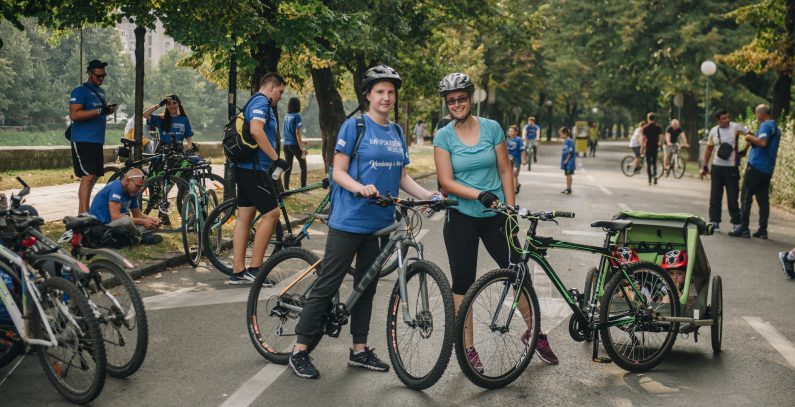 The entire event, including the cycling tour on the streets of Sarajevo, lasted nearly two hours and was escorted by the Canton Sarajevo police. The cycling tour went through the entire city without interrupting regular traffic.

The participants cycled from the residential area of Otoka to the Stup junction, where they symbolically “parked in front of the wall” where the bike lane ends, sending the message that they “can go no further.” They yet again called on the local and city authorities to finally resolve this “bottleneck” and connect bike lanes in order to ensure safe passage for cyclists toward Vrelo Bosne and the Igman mountain plateau, the most common destinations for Sarajevo cyclists.