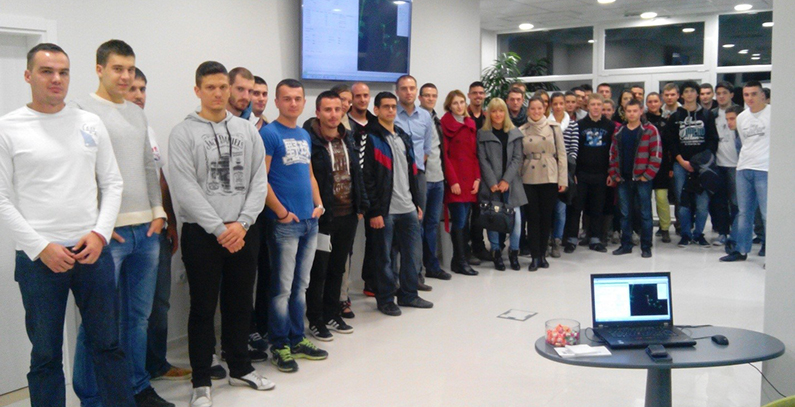 Schneider Electric DMS is a company from Novi Sad, Serbia, dedicated to research, development and engineering in the field of electric power system management. It is recognized worldwide for its cutting edge ADMS software, which effectively positions it as the most successful Serbian IT company and one of the most prominent in the region.

Schneider Electric DMS is the joint venture of multinational giant Schneider Electric, based in France and a Serbian enterprise DMS Group, founded by several professors from the Faculty of Technical Science in Novi Sad.

The company’s staple product, ADMS software, has been named the best and highest-quality product of its kind in the world, six years in the row (from 2011 to 2016), by the US consulting company GARTNER.

The ADMS software is the company’s original product and, in essence, it is an integrated software solution for the electric grid management in large cities when the energy from renewable sources is included. The software integrates a variety of analytical functions for the system optimization of power distribution companies, and it provides tools for efficient monitoring, management, design and optimization of the distribution systems.

The ADMS software enables users to gain a detailed overview of the power grid they manage, and, based on that information, to design and develop distribution infrastructure, optimize resources and cut running costs of the power grid, resulting in higher profits for the company and improved services to the consumers.

Company with more than 1,000 IT and energy experts

Early beginnings of the ADMS software and the Schneider Electric DMS go back to 1995, when a small group of professors from the Faculty of Technical Science in Novi Sad began their work on the development of the ADMS software, commissioned by the local distribution company Elektrovojvodina. Five years later, this small group became the DMS Group Ltd. Novi Sad.

Schneider Electric DMS is rapidly expanding and it currently employs over a thousand computer and energy experts, forty of which hold PhD degrees. The company boasts a tradition of closely working with the universities and energy sector companies from around the world. They also utilize their mother company’s (Schneider Electric) global network to further expand their global market and offer highly competitive products worldwide.

Investing in the future and domestic know-how is among the top priorities for this youthful company, where the median age of employees doesn’t exceed 27 years.

For the past couple of years the company has been running the scholarship program, giving some 250 young scholarship recipients an opportunity to continue their careers in Schneider Electric after the graduation.

Currently, over 50 companies in more than 130 dispatch centres around the world use the ADMS software.