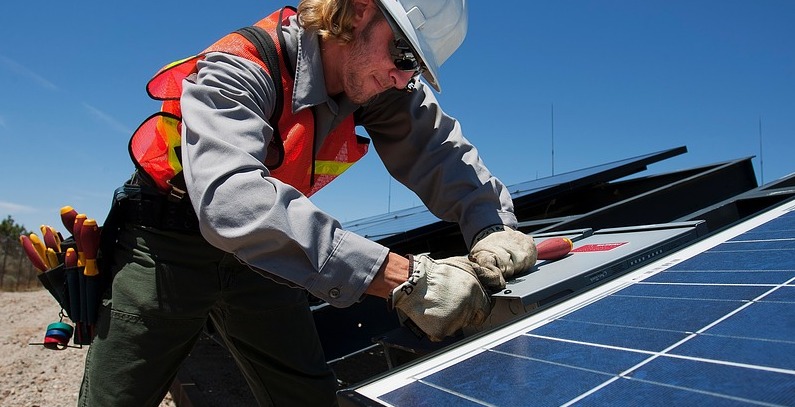 Interest in solar power projects in the Novi Stankovci enterprise zone in Stankovci near Zadar, Croatia has spiked in the past few months, and the local authorities expect the construction of solar plants with a total installed capacity of about 10 MW in the next year and a half, on an area of more than 40 hectares. Total investment in three solar power plants is expected to exceed HRK 55 million (EUR 7.44 million), according to Poslovni dnevnik.

A Slovenian company bought land in Novi Stankovci for a solar power plant about a month ago, and a new public invitation was launched last week for seven hectares of land for the same purpose, according to Željko Baradić, head of the Stankovci municipality. A firm from Zagreb, Croatia has already expressed serious interest, and the local authorities expect more potential investors.

The decision to specialize in energy, specifically solar energy, and to expand the zone from 28 hectares to 92 hectares, was made in 2013, after Novi Stankovci, once the most successful enterprise zone in Croatia, had become half empty, Poslovni dnevnik wrote.

Initially, there was significant interest in solar projects, and two firms bought land – Senega from Zadar and Solarna avenija from Zagreb, according to Baradić. However, in the years that followed the economy slowed down, as well as investments into energy, so Novi Stankovci ended up with just one, 1 MW solar plant in an investment worth slightly under HRK 15 million (EUR 2.03 million).

The project, carried out by Senega, was completed in 2017, and until recently there had been no new developments regarding solar projects in Novi Stankovci.

It is almost certain that many other enterprise and industrial zones in Croatia will follow in the footsteps of Novi Stankovci given the growing demand for energy and the fact that electricity generation technologies, especially from renewable sources, are becoming increasingly available. It is estimated that Croatia currently has less than 30 MW of installed solar capacity, along with slightly under 570 MW in wind capacities.

According to Renewable Energy Sources of Croatia (RES Croatia), the country’s renewable energy industry association, Croatia has an estimated potential for at least 9000 MW of installed capacity for wind energy and as much for solar energy, but the problem with solar projects is in that they require vast amounts of land.