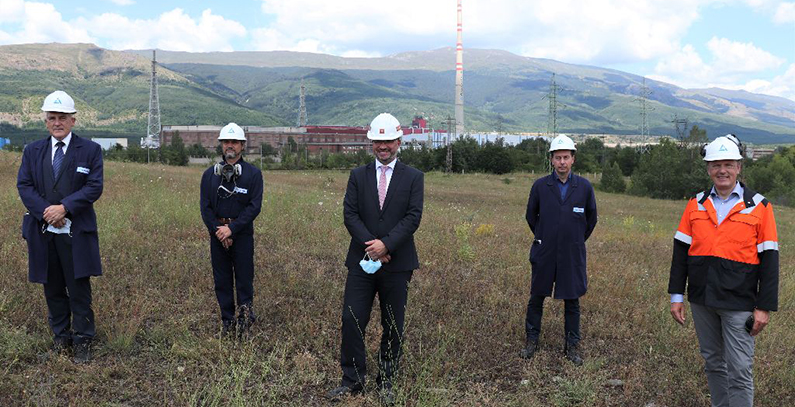 Copper producer Aurubis Bulgaria and energy solution provider CEZ ESCO Bulgaria have signed a contract for the construction of a 10 MW photovoltaic power plant, which would be the largest one for self-consumption in the country.

The plant will be installed at the Aurubis’ Pirdop copper smelter and refinery, located 80 kilometers east from Sofia. Aurubis Bulgaria is the second-largest company in the Balkan country. It is part of the Hamburg-based Aurubis, which operates in 20 countries in three continents.

The installation of the PV plant is the largest investment in renewable energy by the business electricity consumer in the country, according to the firm’s website.

The project includes installation of 20,200 PV panels on 10.4 hectares while the start of production is expected within 18 months.

The PV plant will generate 11,700 MWh per year, and over 15 years the total production will amount to nearly 170,000 MWh. It will cover an average of 2.5% of electricity consumed by the Pirdop facility, CEZ ESCO Bulgaria said.

According to Tim Kurth, Executive Director and Vice President of Aurubis Bulgaria, the solar power plant is part of a long-term investment program in line with the company’s policy of sustainable development and transition to a green economy.

The goal is to secure 20% of the electricity consumed in the Pidrop facility from renewables until 2030, he said.

Aurubis Bulgaria was the first consumer registered on the free electricity market, in September 2014. Its current supplier is CEZ Trade Bulgaria.