Board of AEBIOM joined by officials from Balkans 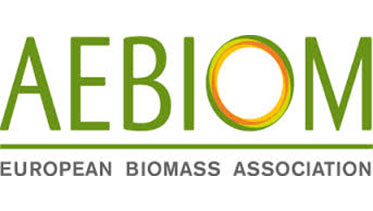 The General Assembly of the European Biomass Association (AEBIOM), held in Brussels, elected the organization’s leadership. Among the 16 candidates from 14 different countries, four of the elected board members are from Southeastern Europe, namely Romania, Croatia and Bosnia and Herzegovina: Ilias Papageorgiadis, president of the Romanian Association of Biomass and Biogas (Arbio), Marijan Kavran, director of the Croatian Wood Cluster / Association of Producers of Pellets, Briquets and Wood Biomass, Vanja Ćurin, secretary general of the Biomass Association in Bosnia and Herzegovina, and Petar Curic, secretary general of the Association of Wood Processing and Biomass Industry in the Croatian Chamber of Economy. All candidates from the region presented the advantages of their countries and the opportunities that the bioenergy sector has in their area, Arbio said.

In addition, Papageorgiadis introduced the idea of creating a platform in AEBIOM, dedicated to the collaboration of all the countries in Southeastern Europe. “From Greece and Cyprus, to Ukraine and Slovenia, in smaller or bigger markets, there are serious players to work with. By launching this collaboration, we will create opportunities for our members and the companies in our region to conclude trans-border agreements,” he added.

A unique technology transforms waste and residues into cheaper heat, generates thousands of jobs, a cleaner environment, energy independence and includes tens of other advantages that many European countries already benefit from, the press release said.

READ NEXT: EBRD provides long-term support for green investments
Home » News » Board of AEBIOM joined by officials from Balkans