Photo: Council of Ministers of BiH 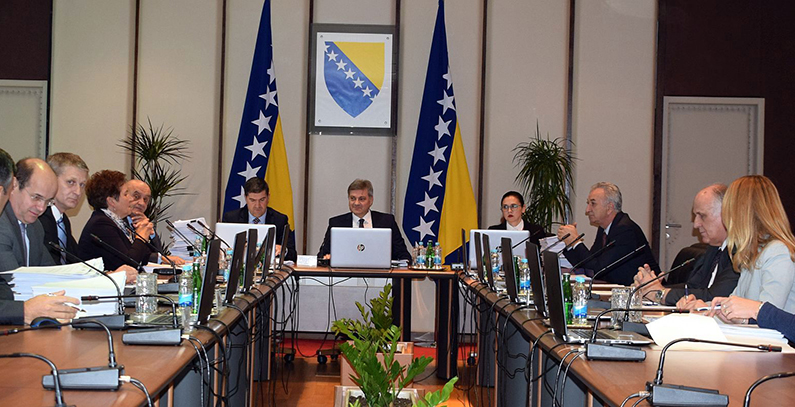 The Council of Ministers of Bosnia and Herzegovina has accepted a proposal by the Ministry of Finance and Treasury to open negotiations with the German development bank KfW on a EUR 15 million loan for a project to modernize pumped-storage hydropower plant PHE Čapljina.

PHE Čapljina, which operates as part of public power utility Elektroprivreda Hrvatske Zajednice Herceg-Bosne (EPHZHB), was built in 1979 as the first pumped-storage hydropower plant in the former Yugoslavia.

The Council of Ministers said in a statement that it has accepted an initiative to conduct negotiations with the aim of concluding an agreement between KfW, BiH, represented by the Ministry of Finance and Treasury, and Federation BiH, represented by the Federal Ministry of Finance, on a loan in the amount of EUR 15 million for a project to rehabilitate and modernize PHE Čapljina.

The objective of the project is to extend the power plant’s lifespan by replacing run-down equipment and modernizing the 40-year-old facility.

The expected results of the modernization and rehabilitation project are an increase in the power plant’s electricity output and its availability to provide ancillary services to BiH’s electricity system as well as to those in Serbia and Croatia, according to the Council of Ministers.

On the other hand, the local community will have steadier income in the form of fees for produced electricity thanks to fewer interruptions, while all users of the electricity system will benefit from a more stable and better supply.

PHE Čapljina’s electricity output was recently the subject of an agreement between EPHZHB and public power utility Elektroprivreda Republike Srpske (ERS). Until 1992 the plant operated as part of hydropower plant operator Hidroelektrane na Trebišnjici (HET), and from that year on it has been part of the Mostar-based EPHZHB.