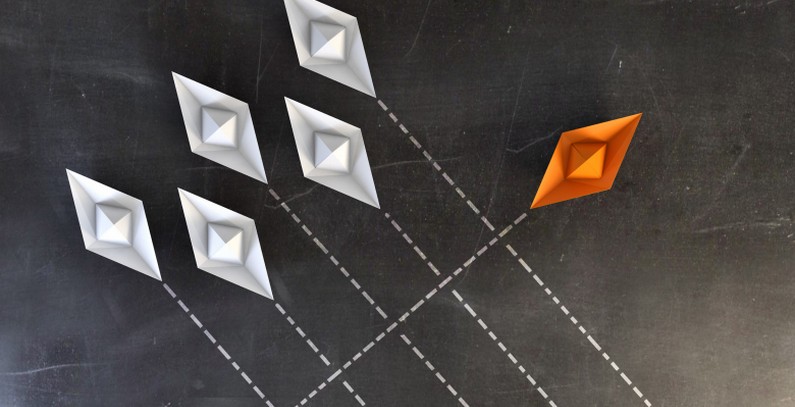 The three most coal-intensive Energy Community (EnC) Contracting Parties – Bosnia and Herzegovina, Kosovo*, and Serbia – paid a total of EUR 444 million in direct subsidies to coal, while their incentives for production from renewables reached EUR 147 million during the period 2015-2017. The total sum of direct subsidies in all Contracting Parties, including Montenegro, North Macedonia, and Ukraine, reached EUR 1,2 billion (or on average EUR 400 million annually).

Including hidden subsidies of EUR 1.9 billion on an annual basis, total subsidies to the coal sector amounted to EUR 2.4 billion of state subsidies annually.

These figures come from the Rocking the Boat: What is Keeping the Energy Community’s Coal Sector Afloat? report produced by the EnC Secretariat. Director Janez Kopač presented the report at the EU Sustainable Energy Week (EUSEW).

“Instead of forward looking energy policies, the  Contracting Parties are stuck in the past. Coal has become a serious obstacle on the Contracting Parties’ paths towards closer EU integration. Governments in the region need to pursue comprehensive reform strategies for phasing out coal subsidies and coal itself in the longer term,” Kopač said.

The presented report is based on the analysis of direct and selected hidden subsidies to coal-based electricity production in the Contracting Parties published by the Secretariat in March 2019 and the outcome of a subsequent public consultation.

Fiscal support made up as much as 67% of the total amount of direct subsidies. This category most often includes direct funding from the state budget and subsidies derived from the writing-off and reprogramming of arrears to the budgets and public funds. It also includes subsidies based on provision of government loans, debt write-offs or repayment of loans from the state budget on the basis of issued loan guarantees, lowering of the fees payable to the state for used resources and VAT exemption.

Low profitability levels of coal-fired electricity generation, particularly when supported by direct subsidies, prevent the sector from generating sufficient revenues that would permit setting aside adequate own funds for investment in modernization and environmental rehabilitation of its plants.

Therefore, the only way that the coal sector can borrow money is by having the loans guaranteed by the respective government, the report underlines.

Only these two hidden subsidies, based on average annual generation data between 2015 and 2017, expectation that a ton of CO2 emissions is 20 EUR/ton and the expected return as described by the cost of production calculation methodology, total EUR 1.873 million.

Most of the thermal power plants (TPPs)  in the EnC charging less than 40 EUR/MWh are likely to be incurring operational losses already today, without any carbon pricing system in place. The recognition of hidden subsidies, such as costs of capital and carbon, bring the costs of production of electricity from coal to above 65 EUR/MWh, the report finds.

What are real prices of electricity 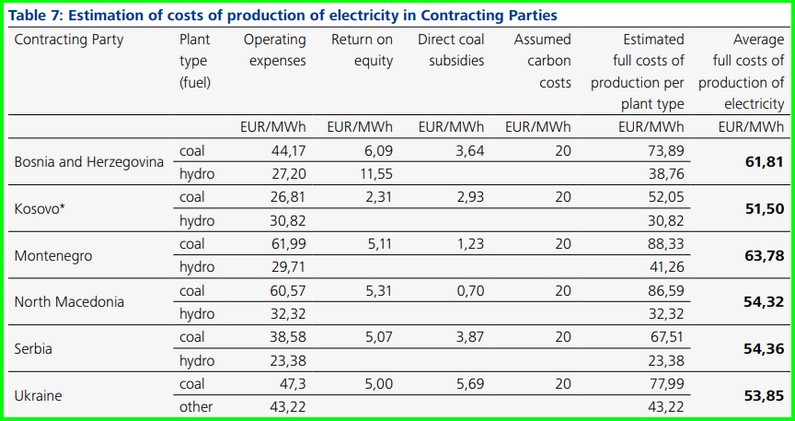 Although the wholesale market is open for competition in most Contracting Parties, the prices which power producers charge in their respective domestic markets and/or to related suppliers are not market-based. Selling electricity below cost, means that producers cannot earn any return on investment or recover the incurred interest on loans.