An overview of the Turkish photovoltaic market 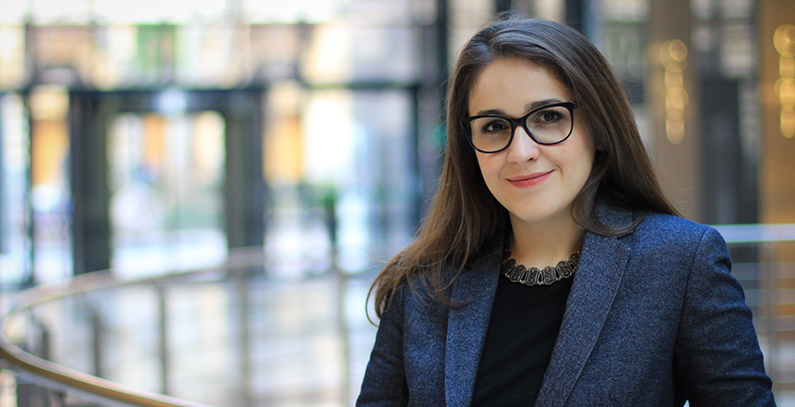 Driven by steady economic growth, the Turkish power market has experienced tremendous progress over the past decade with power generation assets doubling from around 37 GW in 2000 to the current level of 70 GW. This expansion, however, has also led to an increased reliance on imported natural gas, required to fuel the country’s fleet of gas power plants, which supply over 40% of total power production.

According to official government forecasts, demand for power is expected to grow at an average annual rate of 5.25% in the coming decades. To meet this demand growth, the Turkish government has set ambitious goals, to create a more balanced energy mix by 2023 with an addition of 50 GW of capacity, most of which is set to come from new coal-fired plants (using domestic coal resources) and renewable energy sources.

In April, energy minister Taner Yıldız said that Turkey saved USD 850 million in energy imports due to the increase in the share of renewable sources.

Renewable energy plays a dual role in the Turkish energy strategy as not only does it help the country decarbonize its power sector but it also helps ensure security of supply in the longer term. In April, energy minister Taner Yıldız said that Turkey saved USD 850 million in energy imports due to the increase in the share of renewable sources.

In its 2023 strategy, Turkey foresees the integration of an additional 35 GW of renewable capacity (14 GW of hydro, 17 GW of wind, a minimum 3 GW of solar photovoltaic and 300 MW of geothermal). The 3 GW target for solar was considered to be rather low considering the potential in the country and was consequently expanded to 5 GW in the first official national renewable energy action plan. Despite the ambitious goals, it yet remains to be seen if the current political and economic headwinds will affect Turkey’s progress to achieving its renewable targets.

Legislative base for renewable projects

Energy Market Regulatory Authority (EMRA) is the country’s key body. There are two laws regulating electricity production from renewable energy sources; firstly the Electricity Market Law, enacted in 2013, which licenses and governs generating facilities; and secondly the Renewable Energy Law, which outlines the support mechanisms available to producers of electricity from renewable sources.

The 3 GW target for additional solar power was considered to be rather low considering the potential in the country and was consequently expanded to 5 GW in the first official national renewable energy action plan.

The EML categorizes renewable projects into so-called licensed and unlicensed facilities. The unlicensed category is designed for facilities of less than 1 MW (original limit of 500 kW was later increased) which, as the name suggests, do not require a generation license. However, one should not be misled by the name as developers still have to go through a lengthy permitting process to be able to connect their facilities. Electricity produced from such projects can be used for own needs (e. g. adjacent or rooftop of industrial and commercial complexes) or can be fed into the grid under the available feed-in tariff support scheme.

The licensed segment is designed for larger scale projects, ranging between 1 MW and 50 MW. Currently the total capacity for the licensed category is capped at 600 MW. All applicants wishing to produce energy from solar resources have to follow a tender and licensing procedure in order to be granted a pre-license. In those cases, where there is more than one application for connecting to the same network, a tender is organized and the applicant offering the highest contribution fee per MW is deemed the winner and awarded a pre-license to produce power.

According to the regulation, the respective authorized distribution company guarantees the investor power offtake at the set FIT for a 10 year period.

Additional “local content support” of up to 6.7 United States dollar cents (6 euro cents) per kWh is available for plants that utilize domestically manufactured equipment. The incentives are available for renewable facilities which are or will be in operation before December 31, 2020. Local content support is applicable for the first fiveyears of operation. There is no data available yet on the applicability of the support.

Guided by the national targets of 3–5 GW of solar photovoltaics by 2023 and positive regulatory developments in respect of renewable power generation, market players were optimistic about the path and speed of progress for the years to come. Consequently, in 2013 the Turkish solar market was in the spotlight as an attractive destination for investors looking for countries with high solar potential.

EMRA held the first round of its solar tendering program for licensed solar projects in June 2013. The call for tender generated strong interest with applications amounting to a total of 8.9 GW, some fifteen times the set cap. The two-year approval process took longer than anticipated but as of this month, Turkey has completed the allocation of 600 MW capacity of licensed solar projects.

Given the cap on licensed projects, market participants were bullish on the unlicensed sector with some industry players expecting 2014 to bring 200–300 MW of solar installations from the unlicensed segment. However, the implementation process has not been as swift as originally anticipated with only 54.8 MW of photovoltaic projects installed in Turkey as of the first quarter of this year.

The long and bureaucratic permitting process for both licensed and unlicensed sector is clearly an area for improvement.

Market data suggest that there is strong interest in the Turkish solar market given the volume of applications for licenses. However, progress has been slow and the sector has not yet fully delivered on its promise mostly due to few major bottlenecks in the system. Generally such bottlenecks represent a gap in familiarity with solar technology by Turkish authorities, local market players and financiers. The long and bureaucratic permitting process for both licensed and unlicensed sector is clearly an area for improvement and the licensing of future projects is expected to be smoother given the Turkish authorities’ learning curve from the first round of applications.

Domestic banks, the biggest lenders to energy projects in Turkey, have confirmed their appetite to consider financing of solar energy projects. Their strong interest in renewables is demonstrated by their recent lending activity for wind farm projects. Banks are becoming more comfortable with the characteristics and dynamics of the solar industry, technology risk, third party involvement, emergence of “yieldcos” etc.

From a structuring point of view, financing the unlicensed market is slightly more challenging as opposed to utility-scale tendered projects as this would require a bundling of multiple projects into portfolios that are large enough to become attractive for banks. Many innovative structures are being developed globally to suit financing for decentralized small-scale projects and such experience should be taken into consideration by those shaping the future of the Turkish solar market.

Much of the country’s success in rolling out its photovoltaic sector depends on the successful implementation of the allocated 600 MW of licensed projects as well as the development of bankable project structures for the unlicensed sector that would enable investors to source capital efficiently and bring new solar projects online.

Qendresa Rugova is a senior consultant at Burg Capital – a corporate and project finance advisory firm. She specializes in renewable energy, emerging trends in clean technologies and financing models.