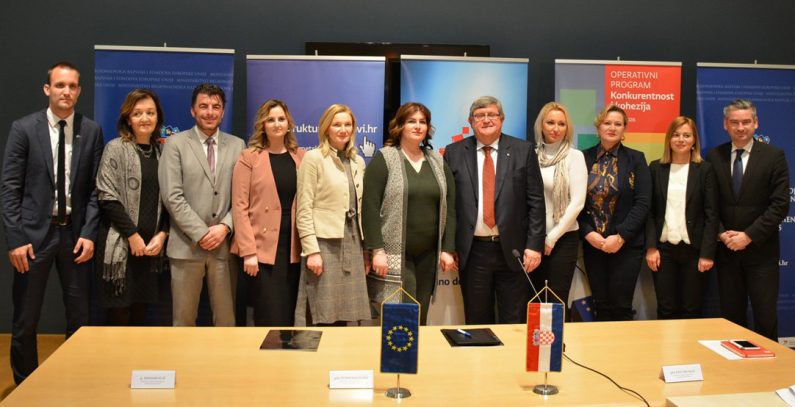 The Croatian Ministry of Regional Development and European Union Funds said it had secured more than EUR 300 million for the development of the seven biggest urban areas in the country. The agreements on implementing integrated territorial investments (the ITU Mechanism) were signed with representatives of the seven cities with a total of EUR 303.4 million secured within the Competitiveness and Cohesion 2014-2020 Operational Program.

The money was secured for projects which the local city authorities chose in accord with the thematic areas covered by the ITU Mechanism. The signing of the agreements was attended by Minister of Regional Development and European Union Funds Gabrijela Žalac and the mayors or deputy mayors of the seven biggest cities in Croatia.

The agreements and accompanying documents define the procedures and deadlines to submit strategic projects as well as the time frame to implement them fully.

A Ministry statement specified that following the signing of the agreements, the Croatian capital city Zagreb now has EUR 114.9 million at its disposal, while Split has 46.6 millionRijeka 43.7, Osijek 34.6, Zadar 22.8, Slavonski Brod 20.9 and Pula EUR 19.8 million for projects which the local authorities believe will contribute the most to the development of their urban areas, the opening of new jobs and to raising the quality of life of their citizens.

Minister Žalac told the signing ceremony that the money from European Union funds was secured to help those cities implement projects which will help their economic development, adding that the ministry will continue its efforts to make sure as much of the available money from EU funds is absorbed.

The Ministry said on its website that the EU ITU Mechanism for the 2014-2020 period is intended to help promote sustainable urban development, strengthen the role of cities as carriers of economic development and cooperation between local and regional governments and develop the administrative capabilities of cities through activities financed from three different EU funds: the European Fund for Regional Development, the Cohesion Fund and the European Social Fund.