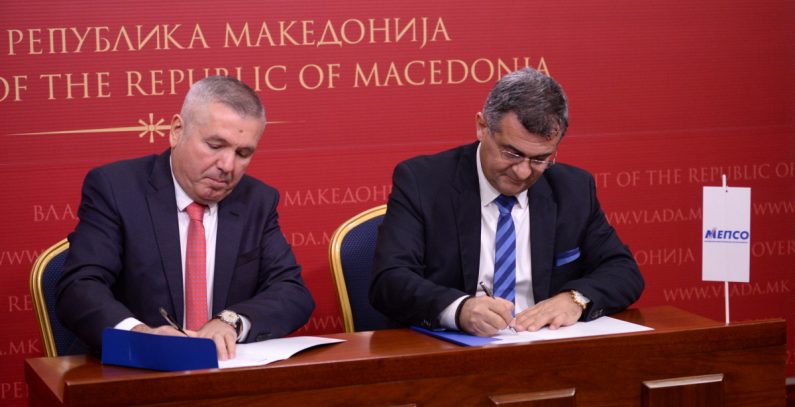 Macedonia will launch tendering by end-2018 for the construction of new PV power stations and wind farms to be backed by premium tariffs, officials announced as state-owned electricity transmission system operator (TSO) MEPSO signed nine agreements worth EUR 18 million to modernize the country’s power transmission network, according to news releases from the Macedonian government and MEPSO.

The transmission network modernization is financed from a EUR 23 million loan from the European Bank for Reconstruction and Development (EBRD) approved in 2013.

The agreements were signed with Dalekovod and Končar from Croatia, Energomontaža from Serbia, Benning PSAM from Macedonia, and Doko from Albania.

At the signing ceremony, MEPSO General Director Sašo Vasilevski said that tendering will be launched by the end of 2018 to build a new 400 kV transmission line and a new 400/110 kV substation in the vicinity of Ohrid to link the transmission systems of Macedonia and Albania.

For his part, Deputy Prime Minister Kočo Angušev said that tendering will be launched by the end of 2018 for the construction of new solar photovoltaic (PV) power stations and wind farms to be backed by premium tariffs. Macedonia’s new energy law facilitates investments in the renewable energy sector, he noted.

At the same time, Minister of Transport and Communications Goran Sugareski said that the main challenge ahead will be to align all business operations of MEPSO with the EU regulations.

This will involve further phases of the electricity market liberalization through the launch of the day-ahead and intraday market segments, he said, adding that as a next step, Macedonia should create conditions for the implementation of the regional balancing market with the aim of meeting conditions for integration into the single pan-European electricity market.