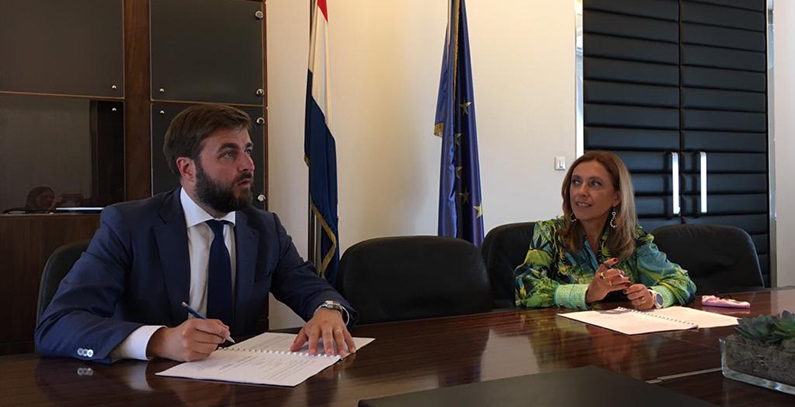 An agreement under which the World Bank will provide technical assistance to support the Government of Croatia in the transformation of its solid waste management system was signed by the Minister of Economy and Sustainable Development Tomislav Ćorić and the World Bank Country Manager for Croatia Elisabetta Capannelli.

According to the World Bank, the technical assistance will also help incorporate circular economy approaches into Croatia’s post-2022 National Waste Management Plan (NWMP) in line with European Union directives and the Circular Economy Package. The Croatian Government adopted the Waste Management Plan for the 2017-2022 period in 2017.

Croatia is lagging on EU waste prevention targets, mainly due to low technical and financial capacity of municipalities to handle and separate waste collection and improve recycling, the World Bank’s press release reads.

.@WorldBank will support #Croatia in the transformation of its solid #wastemanagement, towards a circular economy. #HR intends to improve the mngt of its waste, accelerate #recycling, limit the use of landfilling & create incentives to change consumer behavior. #RecyclingMatters pic.twitter.com/q1BRTUOK1d

Minister Tomislav Ćorić said that by the end of this year Croatia has to separate and recycle 50% of paper, metal, plastic and glass. By 2035 it must increase waste separation and recycling to 65% and reduce waste disposal to 10%.

The agreement represents a step forward in the transformation to a circular economy that will contribute to the creation of a new and more modern framework for the National Waste Management Plan, Ćorić said.

“By improving waste management, Croatia can reduce health and environmental problems, reduce greenhouse gas emissions and avoid negative impacts at the local level, such as landscape deterioration due to landfilling and water and air pollution,” Capannelli stated.