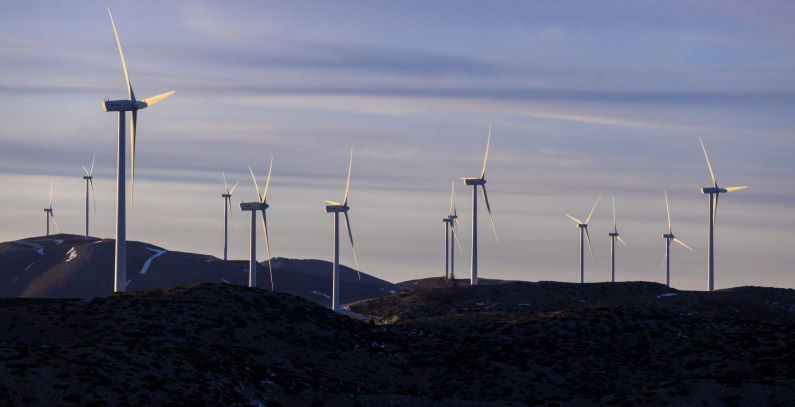 Terna Energy is rapidly expanding its wind power portfolio in Greece, particularly in Evia. Vestas said it closed a deal with the company to deliver and install 40 turbines on the island with an overall capacity of 144 MW.

Terna Energy has placed a 144 MW order for the Karystia wind power project in the island of Evia, Vestas revealed. The contract includes the supply and installation of 40 V105-3.45 MW wind turbines delivered in 3.6 MW optimised mode, as well as a 10-year management deal.

According to Terna’s website, it operates nine wind farms with an overall capacity of 101.8 MW in the second-largest Greek island. Three more are in the testing phase, adding 26.1 MW and another three are ready for construction or works already started. They will increase the portfolio by 47.6 MW.

Terna Energy has 47.6 MW in wind power projects ready for construction or under construction in Evia and it just received installation permits for another 132 MW

Last month Terna obtained installation permits for six wind farms in Karystia municipality through a subsidiary and their combined capacity is 132 MW. It raised EUR 68.5 million in August in a private placement, of which a large chunk is intended for wind power plants in the island, where the management said it plans to develop facilities of an overall 330 MW.

Wind speeds in island are among highest in Greece

Evia is one of the windiest areas in Greece. Iberdrola’s Rokani wind park project of 16.5 MW is under construction in Evia, also called Euboea. The Spanish company runs wind farms of  625 MW in Greece.

In October, Enel Green Power opened its 154.1 MW Kafireas wind power plant in the island. It is the largest facility of its kind in Greece. It also operates the Heliousti project in Evia, divided into two units of 9 MW and 7.5 MW.

Financial services firm Euroxx recently raised its target price for Terna Energy’s shares to EUR 15.8 euros from EUR 12. The company, which is part of the GEK Terna conglomerate, yesterday closed at EUR 11.2 per share. It gained 46.8% this year.