No hydropower plants to be built on Vjosa river 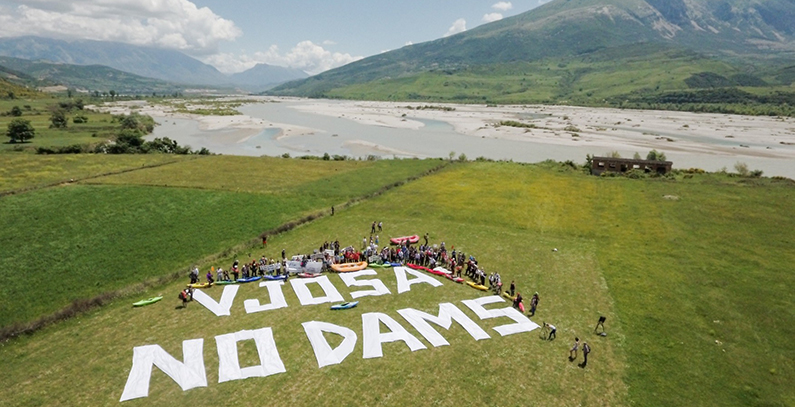 The hydropower plants planned on the Vjosa river’s lower and upper course won’t be built, for now.

It could be said that the continuous appeals and protests from the citizens, organizations of civil society all over the world, famous actors, lead to the move.

Edi Rama: Ministry of Environment has officially refused to grant a permit for HPP projects in the lower Vjosa river

He said Meta protects Vjosa from the imaginary danger of hydropower plants that would not be built.

“Our government has declared the upper Vjosa a national park. Our Ministry of Environment has officially refused to grant a permit for HPP projects in the lower Vjosa river,” Rama said, according to a press release from Riverwatch.

The case was opened after EcoAlbania, Riverwatch and EuroNatur sent a complaint to the Energy Community (EnC) against the Albanian government over procedures for the Kalivaç and Poçem hydropower projects. Energy Community Secreatariat welcomed the statement by Edi Rama.

Riverwatch also welcomed the statement that the Vjosa river would be saved and the HPP Kalivaç would not be built.

“This is the right time to start a dialogue with the scientists, public authorities and civil society about the future of the Vjosa and the establishment of a Vjosa national park,” Riverwatch CEO Ulrich Eichelmann said.

One of the first major events in the fight against dams on Vjosa river was the Balkans Rivers Tour which ended with protest in Albania’s capital Tirana in 2016 when international environmental activists and domestic citizens gathered in Tirana in front of the office of Prime Minister Edi Rama.

The protest was organized as part of the Save the Blue Heart of Europe campaign, launched by EuroNatur and Riverwatch to protect the Balkan rivers from the negative effects of planned hydropower plants projects.

The information on the danger that looms over the beauty of the Vjosa river has reached many parts of the world.

In September 2019, about 150 national and international NGOs sent an open letter to Rama, asking the termination of HPPs on the Vjosa river, while world-known actor Leonardo DiCaprio supported the initiative to save this river.