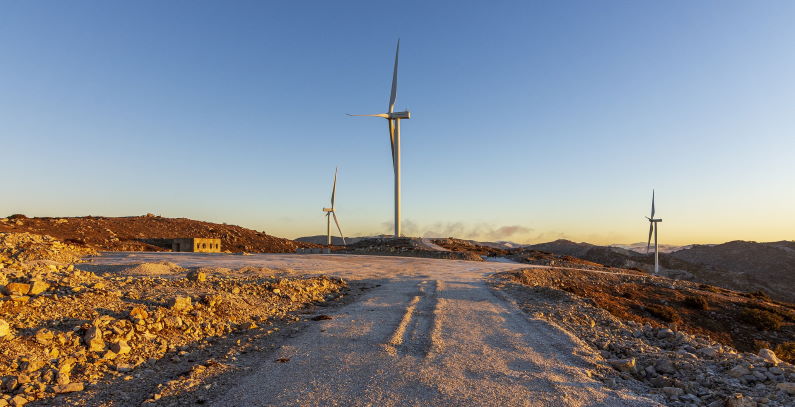 NBG sold green energy bonds worth EUR 500 million with the obligation to invest the funds in hydropower, wind parks and photovoltaic projects in Greece.

The European Bank for Reconstruction and Development revealed it invested EUR 50 million in a six-year senior preferred green debt issuance by the National Bank of Greece (NBG). The Greek lender sold the country’s first green energy bonds, worth EUR 500 million and with an interest rate or coupon of 2.75% and a yield of 2.875%.

NBG sold the securities within the green bond framework that it adopted in April. They are compliant with the International Capital Market Association’s (ICMA) Green Bond Principles, which recommend transparency and disclosure.

The Athens-listed bank said it can use the funds only to finance or refinance equipment, development, manufacturing, construction,
operation, distribution and maintenance of hydropower projects up to 20 MW, onshore wind energy projects and solar power plants in Greece.

NBG is the country’s first lender in five years to issue senior notes. Senior preferred bonds have the highest priority in payback. The debt is callable in five years, which means the bank has the right to redeem it one year before maturing.

The move is part of the strategy to enhance the capital base through the expansion of minimum required eligible liabilities (MREL). The supervisory rule is aimed at making sure that, if a crisis occurs, lenders can write down assets or convert them into equity.

NBG claimed its share in the renewable energy market is 40% and that it would increase it. It targets to finance EUR 3 billion in such projects within three years.

The bank said 80 institutional investors participated in the sale of the green energy bonds and that most were international players. According to the announcement, they pledged EUR 1.2 billion, which translates to a ratio of 2.4 and indicates strong demand.

Companies, governments and financial institutions raised more than USD 200 billion in green bonds in the first three quarters of 2020

Research firm BloombergNEF has just found that the global volume of green bonds issued since 2007, when they were introduced, surpassed USD 1 trillion. More than USD 200 billion was registered in the first nine months of this year or 12% more on an annual scale.

Companies, governments and financial institutions are turning to the tool to provide funds in line with new, stricter standards or to provide further environmental benefits. A large chunk is directed to energy.

EBRD said the transaction would strengthen NBG and help it diversify sources. “This is an important and innovative transaction strengthening Greece’s capital market, and at the same time supporting the country’s banking sector and green economy transition. I believe that the EBRD’s contribution will have a significant demonstration effect for other Greek banks and the overall Greek market in promoting green finance and international standards,” Regional Head of Greece and Cyprus Andreea Moraru said.

According to NBG’s Chief Executive Officer Pavlos Mylonas, the green energy bonds demonstrate the bank’s firm commitment to support the green economy and reiterates its strategic direction as the bank for energy. The National Bank of Greece already has a line of green loans for households.