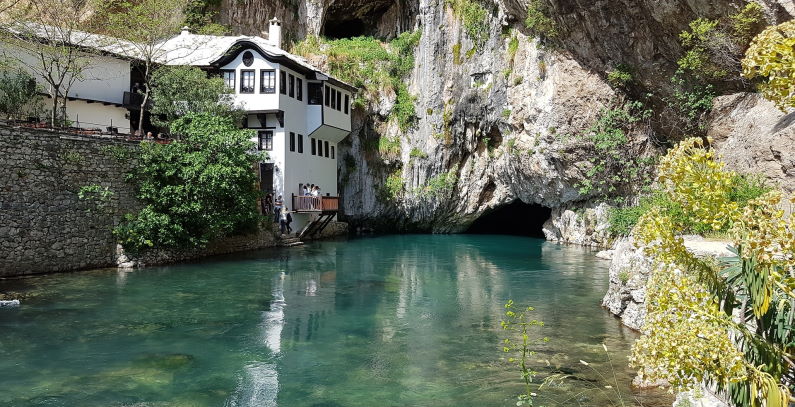 The Government of the Federation of Bosnia and Herzegovina has three months to produce bills and ban small hydropower plants after the entity’s legislators voted in favor of the recommendations from the Declaration on the Protection of the Western Balkans Rivers.

The House of Representatives of the Federation of Bosnia and Herzegovina passed a declaration on the protection of rivers and voted to completely ban the construction of small hydropower plants. Lawmakers gave the Government of FBiH three months for analysis of relevant legislation and to propose amendments to enable effective implementation. The lower chamber of the Parliament of FBiH decided to initiate a review of existing permits and those that are in the procedure. FBiH is the larger of the two entities making up Bosnia and Herzegovina and the other one is the Republic of Srpska.

Fighting for rivers for years

It is a great success for all activists in the Coalition for the Protection of Rivers in Bosnia and Herzegovina, who have for years been defending rivers and creeks of their childhoods with their bodies and explaining the damage that SHPPs cause, the Center for Environment (CZŽS) said. It added it has been fighting small hydropower plant projects together with citizens from the affected areas.

Legislators noted the plan for the development of SHPPs would result in every water stream in BiH being redirected into pipes. Some also pointed to the need for more transparency in the renewable energy sector and for solutions for households to get access to energy efficiency services. There was also an accent in the discussion on the political links between developers and officials and the favorable financial conditions for the concessions.

The declaration was passed with 65 votes out of 98 in total in favor and two were opposed while there were three absentees.

Hint for Republic of Srpska

The ban was based on the recommendations in the Declaration on the Protection of the Western Balkans Rivers, adopted by environmentalist organizations in November. The bill was passed on May 12 by the Government of FBiH.

The Republic of Srpska should follow the example, CZŽS said and asserted people are increasingly defending their rivers like the Bjelava, Bioštica, Prača, Rzava and Neretva and clearly stating “Freedom to the rivers.”

Spatial plans in BiH contain more than four hundred small hydropower units and already one hundred have been built and they leave riverbeds dry for most of the year, the environmentalists add. The public wasn’t adequately involved, citizens aren’t being informed well enough and they don’t have a say on the projects, according to the statement.

The decision was voted with 61 votes in favor while six members of the House of Representatives voted present.

A great article. However, the first paragraph incorrectly states that “FBiH is the smaller of two entities making up Bosnia and Herzegovina” when it is actually opposite.