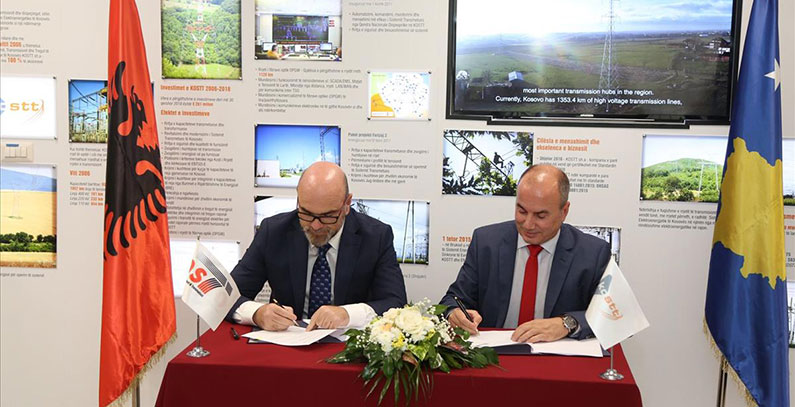 The shareholder agreement for ALPEX was signed by Chief Executive Officer of KOSTT Ilir Shala, and Administrator of OST Skerdi Drenova.

ALPEX, based in Tirana, will operate the short-term electricity markets in Albania and Kosovo*

The process that started in March when the Albanian government launched a tender for companies interested in becoming shareholders. It was suspended due to the COVID-19 pandemic in April, and at the end of June the shareholders were selected.

According to the Energy Community Secretariat, the power exchange in Tirana will operate the short-term electricity markets in Albania and  Kosovo*.

ALPEX will also operate the day-ahead market coupling between Albania and Kosovo* soon after its operationalisation, the international body said.

It added that soon after its establishment and consolidation, ALPEX would need to procure services for the operation of the day-ahead market and market coupling. It will enable the company to apply for the status of the nominated electricity market operator, the so-called NEMO, in both Albania and Kosovo*, the secretariat added.

New opportunities for producers and consumers

Dirk Buschle, Deputy Director of the secretariat, said the agreement paves the way for the smooth integration of Albania and Kosovo* into the pan-European market coupling.

“We invite all stakeholders to work together in operationalising ALPEX as quickly as possible to ensure market coupling in the first half of 2021,” he stated.

According to a press release by KOSTT, the establishment of ALPEX would guarantee more transparency and competition in the electricity market.

KOSTT’s CEO Ilir Shala said it is another step towards further integration into the integrated European electricity market, while OST’s Administrator Skerdi Drenova asserted ALPEX would pave the way for energy trading in both countries at unregulated prices, creating great opportunities for economic benefits to producers and consumers.